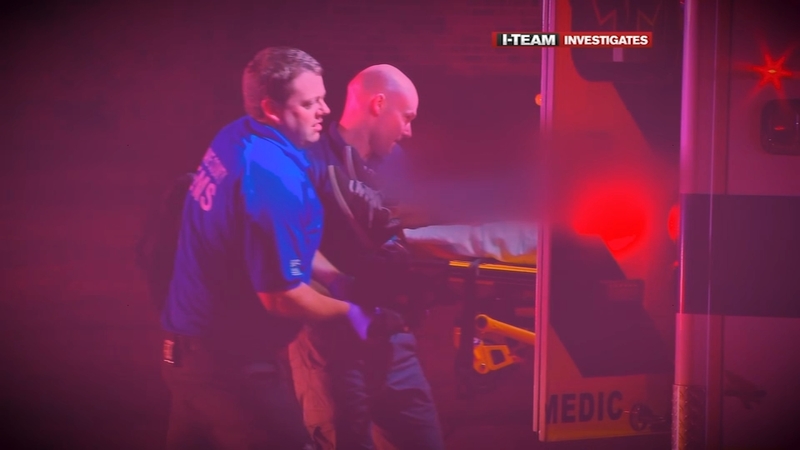 ROXBORO, N.C. (WTVD) -- The ABC11 I-Team obtained videos that are the first examples of what Person County officials call their "game-changing" technology for 911 callers.

The videos are from live calls and were recorded at Person County Emergency Management's offices in Roxboro.

"This is wonderful. This makes 911 dispatchers the true first responder," Brett Wrenn, Person County Emergency Communications Manager, told ABC11. "This is going to give that insight first responders need while they're on their way to these types of events."

Person County introduced the technology in August, and so far its implementation has been limited to mostly fire calls and some "law enforcement," Wrenn said.

The video feature starts only after a caller phones in regularly to 911, then the dispatcher uses discretion if he or she thinks live video might provide more information. The dispatcher will then offer to send a link via text message to the 911 caller, and if the caller accepts permission, opens the secure video chat.

In one video shared with ABC11, a caller opens the video chat after describing a brush fire approaching his home. Without video, Wrenn said dispatchers would have likely sent several crews to the scene. The video, however, provoked a different response.

"So if the call taker is able to determine it's moving away from the house, it is somewhat contained, then it would take from having four departments from being dispatched to this call to just one," Wrenn added. "We're almost able to triage what we see in the live video."

A second video provided to ABC11 is from an active shooter training at Piedmont Community College.

"For the future, this type of technology during an event and providing those responders on the way the exact location the shooter might be, how many patients are there, it will keep them safer by mitigating that scene much quicker," Wrenn said.

As excited as officials are about the video feature, the rollout is happening slower than expected. Wrenn explained that's because dispatchers need extra training to deal with the potential for seeing traumatic incidents.

"A lot of our people here enjoy the public safety field but they came to 911 so they didn't have to see the gore that fire, law and EMS see currently," Wrenn said. "The biggest worry is the staff suffering from PTSD or other mental health illnesses. To combat that and looking long range, we've really beefed up our training and mental health awareness."

Person County Emergency Services receives an estimated 100 calls per day to 911 dispatchers; three of the stations are equipped to take video calls.