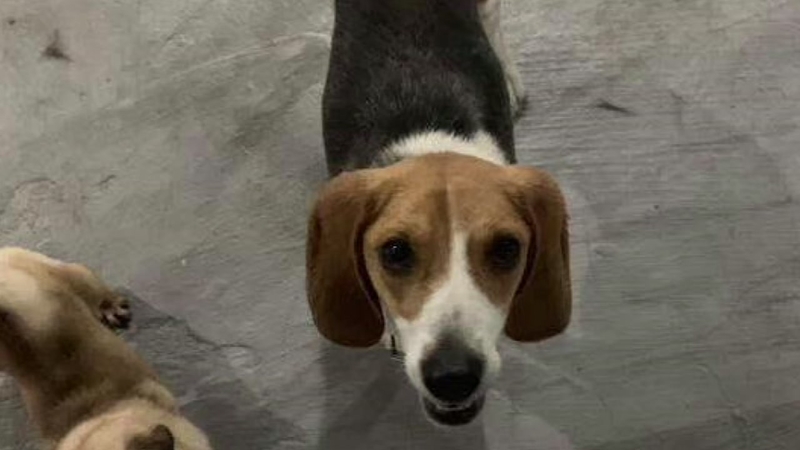 CARY, N.C. (WTVD) -- The Triangle Beagle Rescue of NC, along with Rushton Dog Rescue, is working to save six beagles that were rescued from the dog meat trade industry in China.

The dogs were rescued from a meat market where they were set to be sold, slaughtered and eaten.

"It's a large, large amount. And these six are a drop in the bucket for what we're doing here. But for those six dogs, it's a whole life-changing experience becoming a pet. To be loved and cared for instead of being tortured to death." said Lisa Mason, with Triangle Beagle Rescue of North Carolina."They (are brought) like cattle to the slaughterhouse. And the activists on the ground have learned that they can stop the truck, a little money exchanges hands, and whatever dogs are on the back of the truck they get out."

An estimated 10 million dogs are killed and eaten in China every year.

Last year, they teamed up to save eight beagles.

"The Chinese dogs we brought in last year did very well. You could see that they didn't understand English, so they had to learn new commands in English, which was very interesting. But they were fairly social and they settled in," Mason said.

In a special report for Nightline, American activists who saw the slaughterhouses shared their reactions.

"I was shocked and horrified by what I saw. A lot of them are breeds that Americans would know very well, Labradors, cocker spaniels," said Wayne Hsiung, with Direct Action Everywhere.

"You walk towards the slaughterhouse and you just hear screams," added Julianne Perry from Direct Action Everywhere.

The lucky pups will arrive in the U.S.on July 18 and will be driven from Atlanta to Carpenter Animal Hospital in Cary where they will be given a grand welcome with pup cakes and gifts.

The beagles will then settle into foster homes around the Triangle as they await their permanent adopters.

Mason estimated it would cost the group about $5,000 to provide care, treatment, and transport for the beagles.

Anyone interested in adopting a beagle from Triangle Beagle Rescue can start the process here.