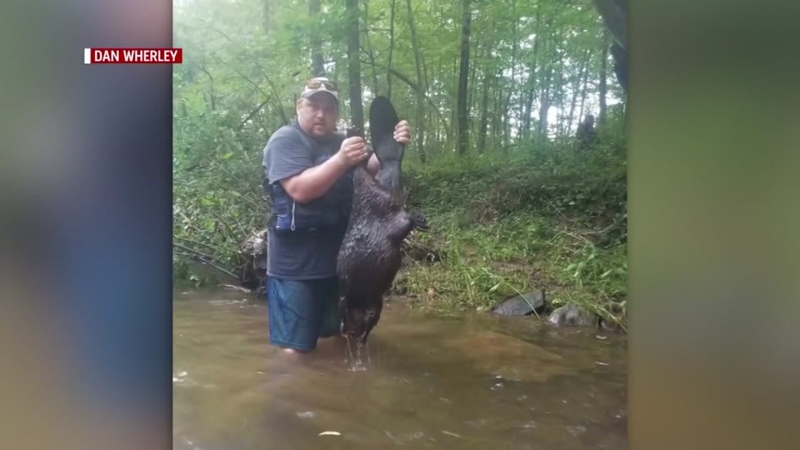 Father fights off rabid beaver while kayaking with daughter

A rabid beaver went after a father and his 7-year-old daughter in Pennsylvania.

Dan Wherley and his daughter were enjoying a day on the water when the beaver started scratching and biting the kayak.

Wherley used his paddle to fight off the animal, but it wouldn't let up.

It finally left him alone but went after the little girl.

"The beaver came up to the kayak, and tried to get in the kayak," he said. "I jumped out of my kayak and ran to her. I got to her kayak the same time the beaver did. It climbed up on the back of her kayak, started to, and I had to punch it to get it off because I didn't have anything with me."