Raleigh owner defends her dog after attack on neighbor's pup 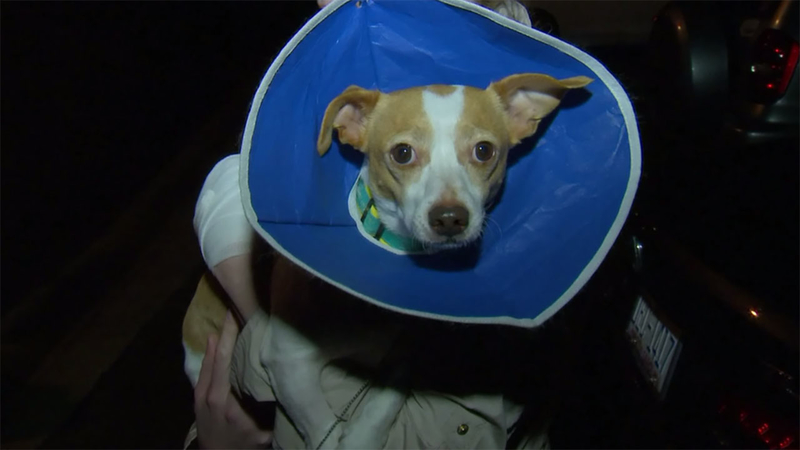 RALEIGH, North Carolina (WTVD) -- A Raleigh woman said she does feel bad that her dog hurt her neighbor's dog, but argued that her pit bull, Ivan, is usually very gentle.

ABC11 first told you about that neighbor, Courtney Zickler, and her dog Jackson on Wednesday night. That's when she shared her story from about two weeks ago when she was walking her two small dogs in her neighborhood.

They were walking when Zickler said she heard a snarl and her neighbor's dog broke away from its owner and charged. It bit her small dog Jackson and Zickler's hand as she tried to break it up.

The owner of the dog returned our request for comment on Thursday and said she feels bad about what happened. She wasn't ready to give a formal interview so we're not sharing her name, but said she told the responding officer that she would be happy to help pay for any vet bills.

She also said this is out of character for her dog and that he is usually very gentle.

While neighbors say they don't really want to see the dog euthanized, they argue the dog has been a problem in the past and want to know why animal control can't do more.

NOT EASY TO REMOVE 'DANGEROUS' DOGS

The City of Raleigh Animal Control is handling this specific case and Raleigh Police said it is under investigation.

In general, they said injuries have to be severe to spark action and that action is usually a muzzle or an enclosure for the dog.

"I know people get really frustrated in these cases because they want, typically for animal control to remove the dog, and that's not typically what's allowed to be done," said Jennifer Federico, DVM, Animals Services Director of the Wake County Animal Shelter.

She said that in Wake County there is no circumstance that allows them to remove a dog and have it euthanized, unless the dog is deemed dangerous and bites again.

"Not just a bite, it has to be hospitalization, broken bones, they require stitches," Federico said.

The attack has to be unprovoked while the animal is at large.