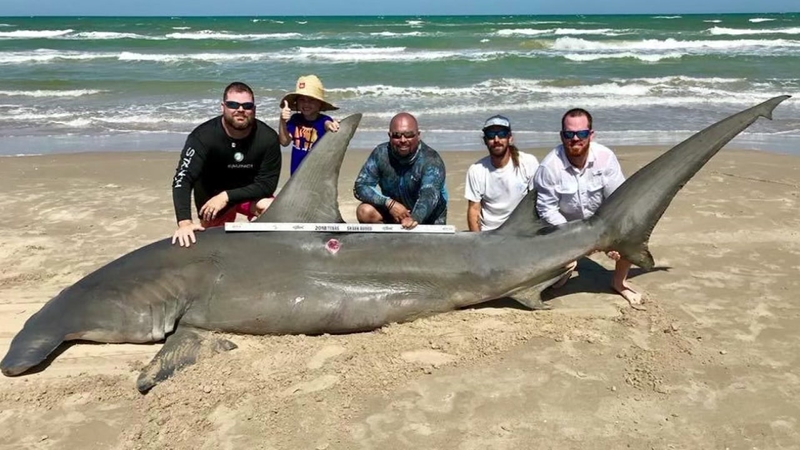 CORPUS CHRISTI, TX -- A group of fishermen in Corpus Christi had a catch of a lifetime after reeling in a massive shark.

Ray Cedillo said he goes fishing every chance he gets, and when he went out with some of his friends this past weekend, they never thought they'd get what he called such a special catch.

They got a bite and started to reel it in, not realizing what was on the other end.

"It was something that I'd always dreamed of catching," Cedillo said. "Next thing you know, it was on the beach."

It was a 14-foot-long hammerhead shark, estimated at just over 1,000 pounds.

"We were dragging it back into the water," Cedillo said. "We knew she was very weak, and we stayed with her for about 45 minutes getting beat up by waves."

Unfortunately, it wasn't the result they were hoping for.

The shark didn't make it when they tried to release it back into the water.

"It's not what we do," he said. Most of us land-based shark fisherman are conservation-minded. We tag fish and release them for research. But this was just a bad deal."

Cedillo said they decided to save the meat and donated it.