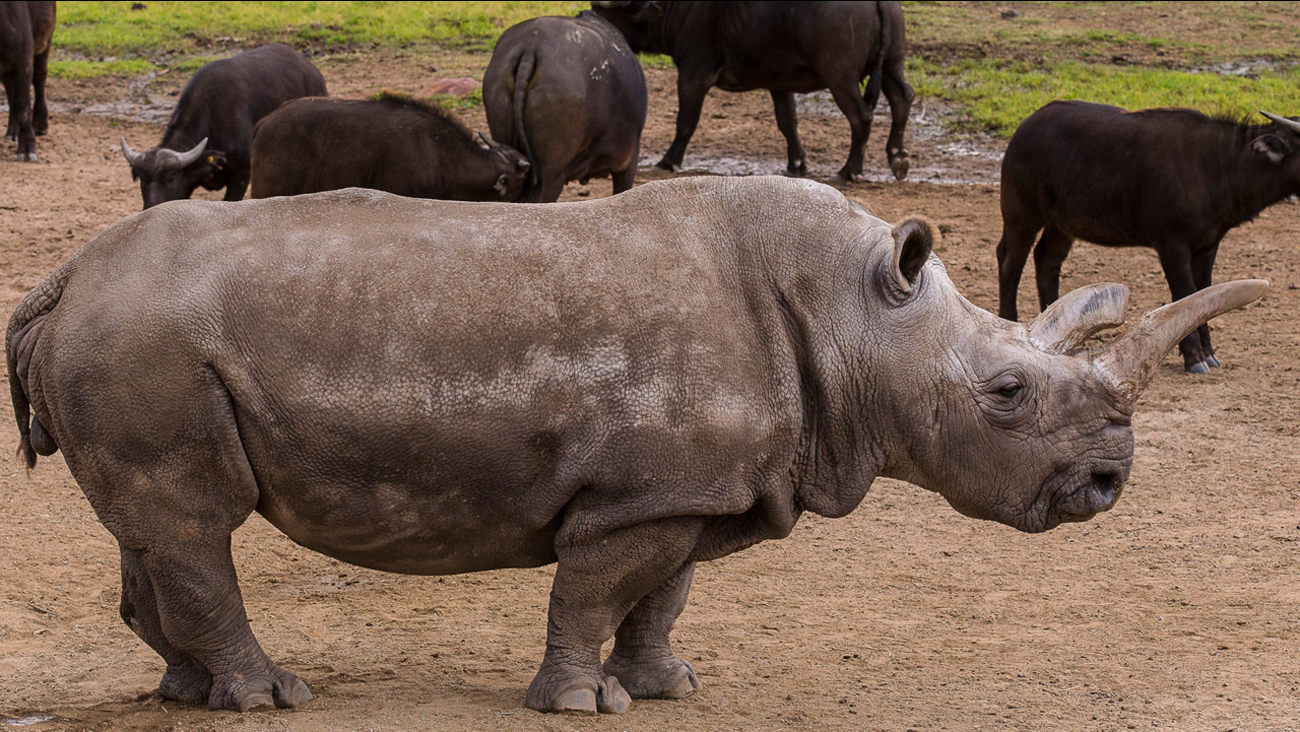 The San Diego Zoo Global Wildlife Conservancy tweeted out the sad news around 11 a.m. The zoo had not released information on a cause of death.

Truly heartbroken over the loss of Nola. Her legacy will live on forever. We are not giving up. #Nola4Ever pic.twitter.com/Y2mZCXxLQv

The 41-year-old rhino had recovered from a surgery where veterinarians removed an abscess on her hip in January. For more than a week she was monitored closely by zoo staff until her health had improved.

In December last year, Nola's 44-year-old companion Angalifu died, and in July, a female white rhino died at the Dvur Kravole Zoo in the Czech Republic.

Earlier this month, half a dozen female southern white rhinos between the ages of 4 and 7 were brought from South Africa to the zoo in an effort to save the species' northern cousins.

The northern white rhino is a subspecies of the white rhino, which is the second largest animal on land, according to the World Wildlife Fund for nature.