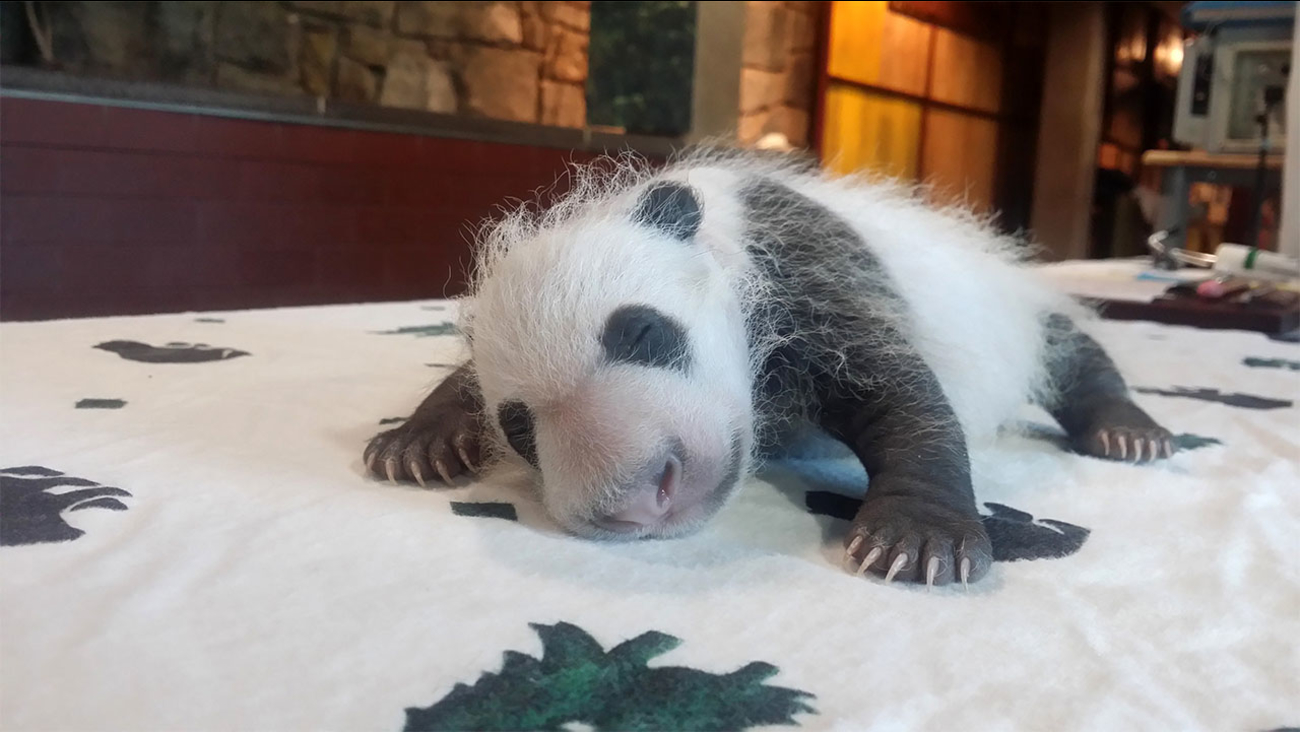 WASHINGTON -- In more than three decades of trying to breed pandas at the National Zoo, there's been plenty of heartbreak. More cubs born in Washington have died than survived, and news of a birth has often been greeted warily.

But on Sunday, zoo officials were nearly giddy. They don't just have an apparently healthy pair of twins, born Saturday night to panda mom Mei Xiang. They have a template to follow that gives the cubs a strong chance of survival.

Pandas won't usually nurse twins if left to their own devices. They'll care for one and allow the other to die. But in the past decade, Chinese breeders have come up with a system: Every several hours, they swap out the cubs, giving each one the critical time it needs to nurse and bond with its mother. Meanwhile, the other one is kept in an incubator.

Panda keepers at the Smithsonian's National Zoo will continue performing these delicate swaps as long as it's needed and as long as Mei Xiang lets them. The first one, early Sunday morning, was successful.

"If she gets aggressive toward us, we're not going to get that close," giant panda biologist Laurie Thompson said Sunday.

The swapping technique helped twin pandas born two years ago at Zoo Atlanta to survive. That was the second set of panda twins born in the United States. The first, born at the National Zoo in 1987, both died within days.

Scientists in China have learned much more about panda breeding since then. Two decades ago, the survival rate for panda cubs was under 20 percent. Now, it's more than 80 percent, zoo director Dennis Kelly said.

"We've all been involved in events that don't go so well, so we are ecstatic that things are going great," said Don Neiffer, the zoo's chief veterinarian.

"The birth of an animal like a giant panda or a critically endangered Sumatran tiger is always special," Kelly said.

Nursing twins doesn't appear to come naturally to pandas, which are endangered, with roughly 1,800 living in the wild and 350 in captivity.

"It's very rare, obviously, for them to manage two cubs. If she were able to do it, we would certainly let her," Thompson said. "She couldn't figure out how to hold both of them. She couldn't get ahold of one and have the other one under her arm and pick it up at the same time. She just kept fumbling with them."

The cubs have squealed loudly when taken away from Mei Xiang - one of several signs that they are strong and healthy. Although one weighed in at roughly 4 ounces and the other was just 3 ounces at birth, both are considered within the healthy weight range. They are blind, and pink in color, with wispy white fur.

The second cub was given a serum drawn previously from Mei Xiang's blood because it hadn't gotten a chance to nurse. Keepers are prepared to bottle-feed the cubs if necessary, but they won't do it unless one of the pandas is underweight or has other health problems.

Mei Xiang has given birth to two surviving cubs: Tai Shan, a male born in 2005, and Bao Bao, who turned 2 on Sunday and put on a show for hundreds of delirious panda watchers as she devoured her "birthday cake": a frozen concoction made with honey, apples, carrots and bamboo.

Ling-Ling and Hsing-Hsing, the pandas pair lent to the United States by China after Richard Nixon's historic visit in 1972, successfully mated five times, but none of the cubs lived longer than a few days.

Mei Xiang gave birth to a cub in 2012 that died after six days.

The new additions mean that for the first time the zoo has five pandas in residence. In addition to Bao Bao, Mei Xiang and the new cubs, the zoo is also home to an adult male panda named Tian Tian. In the past, the zoo has never had more than three pandas at one time.

Tian Tian is the father of Mei Xiang's previous cubs. This time, she was artificially inseminated with semen from Tian Tian and another panda in China that was determined to be a good genetic match. If that panda turns out to be the father of one or both cubs, it would benefit the species' genetic diversity, zoo officials said.

There's no timetable for performing genetic testing, and zoo officials said it will be three to four weeks before their genders are known. The cubs won't be named until they are 100 days old, per Chinese tradition.

Bao Bao didn't make her public debut until she was 5 months old, but the cubs and Mei Xiang will be visible on the zoo's popular "Panda Cam" livestream.

Over the next few weeks, zoo staffers hope to develop a routine for swapping the cubs and monitoring their growth.

"A lot of things have to happen. This is a very critical period," Neiffer said. "Until the cubs are both out walking around, acting normal, being a panda, that's probably when we'll exhale."