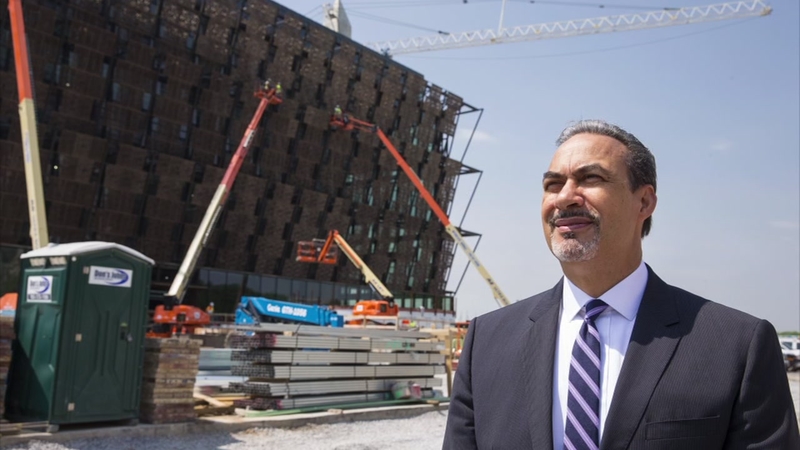 In a Facebook post, the North Star Church of the Arts announced that Freelon had "joined the ancestors." He was 66.

Freelon and his wife, Grammy-nominated jazz performer Nnenna Freelon, founded Northstar Church of the Arts in 2018.

"Today we join the family and friends of one of our extraordinary North Carolinians - Mr. Phil Freelon - in mourning his death," said Dr. Valerie Ann Johnson, chair, N.C. African American Heritage Commission. "A celebrated architect and tireless advocate for the inclusion of diverse people in the field of architecture, Phil Freelon has left with us a stunning visual legacy of African American architecture and a call to never lose faith in our abilities no matter what challenges we face. On behalf of the N.C. African American Heritage Commission we offer our condolences to his family."

In 2016, Freelon was diagnosed with ALS, the same year one of his finest architectural achievements, the National Museum of African-American History and Culture in Washington, D.C., opened.

He also designed the then-Charlotte Bobcats arena and Museum of the African Diaspora in San Francisco.

"We were saddened to learn about the passing this morning of renowned architect, arts advocate and 2017 North Carolina Award winner Phil Freelon," Secretary Susi Hamilton of the N.C. Department of Natural and Cultural Resources said. "Freelon called architecture "the perfect blend of art and science." For nearly 40 years he made an indelible mark on the landscape of North Carolina and the country, designing and creating such iconic structures as the Smithsonian National Museum of African American History and Culture, Emancipation Park in Houston, the Durham Bulls Athletic Park, and the National Center for Civil and Human Rights in Atlanta."

When he was selected for the monumental challenge of designing the National Museum of African-American History and Culture in 2009, Freelon told ABC11 that the building aims to be "exuberant but dignified."

"We felt that the building could be celebratory because the experience is both difficult at times some of the history but also stories of redemption and joy and jubilation," he told ABC11 in 2009.

Freelon was a native of Philadelphia who worked for years at architectural firms in Texas and North Carolina. When he opened his own firm, he was the only employee. He declined to design prisons, casinos or strip shopping malls, instead focusing on libraries, museums and schools.

A service will be held Sept. 28 in Durham. Survivors include his wife and three children.