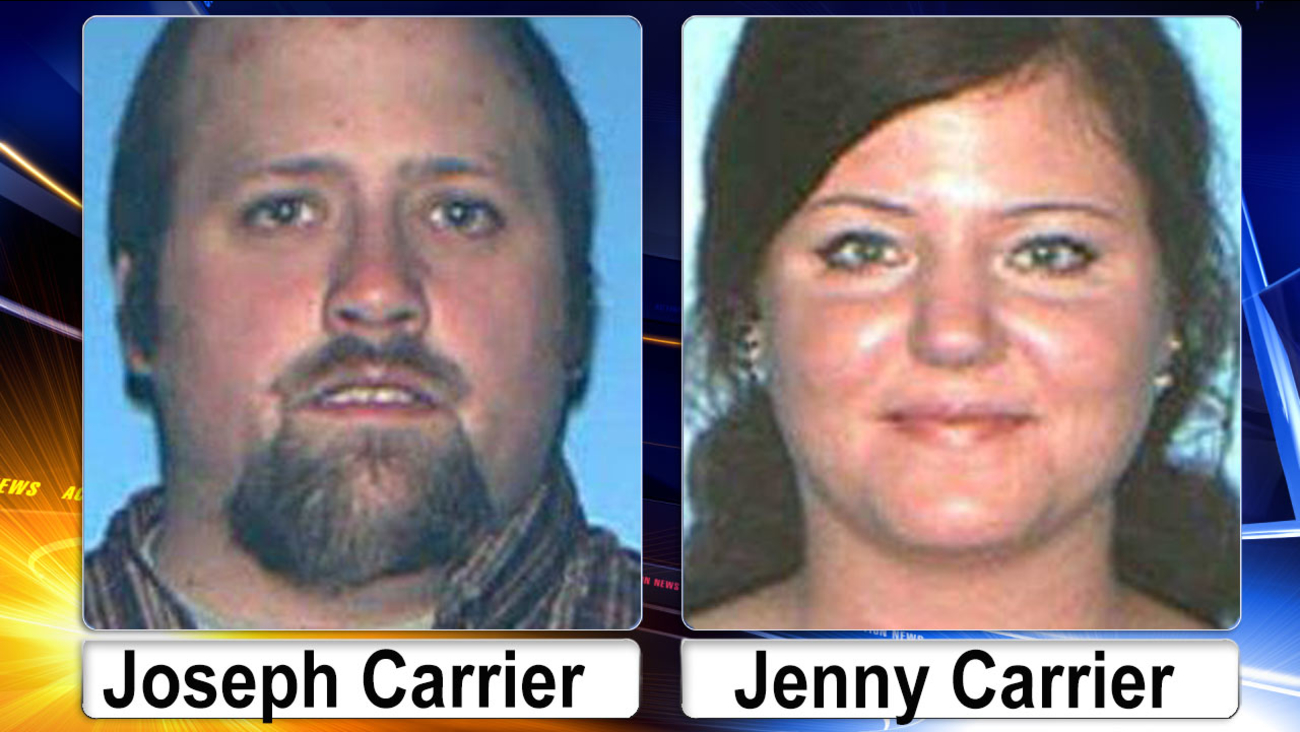 SOUTHWEST PHILADELPHIA -- A husband and wife wanted for bank robberies in at least three states were captured after a police chase that ended on I-95 in Southwest Philadelphia.

Joseph and Jenny Carrier were taken into custody after the pursuit, which began after they allegedly robbed a bank in Wilmington, Delaware on Monday afternoon.

Pennsylvania State Police say officers in Delaware were chasing the suspects when the pursuit spilled into Pennsylvania.

The Pa. troopers joined the chase and were able to disable the vehicle near the Philadelphia International Airport.

There were no injuries during the chase, but some state police cruisers were damaged during the pursuit.