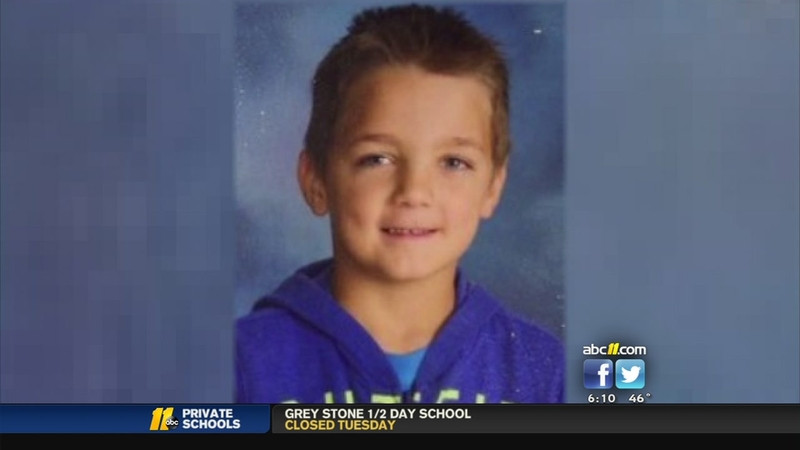 LUMBERTON (WTVD) -- Steven West was going to take his youngest son out to feed horses Sunday afternoon. He just needed a shower.

Meanwhile, 7-year-old Talen and his 8-year-old brother Jaylen headed out to the fields behind their house.

The next time West saw Talen, he was dead. So was the pit bull that mauled him to death.

"I saw the lady trying to do all she could on my son to keep him alive and my heart goes out to her," West said, remembering the woman who tried to perform CPR on the child. "I wish it could've happened differently. I wish it hadn't happened at all."

The West boys, two of six children, ventured into the woods behind their Odum Road home late Sunday night. Jaylen, who has Asperger Syndrome, was also injured in the attack, and his father said Jaylen grabbed a pair of pruning shears from a pickup to fight the dog off his brother.

An autopsy is being done to determine how the dog died.

Investigators are still piecing together what led up to the attack. Some neighbors said the dog was aggressive in the past. The owners told media outlets the boys provoked the dogs.

At this point, nothing is for sure except the fact that a child is dead, but West said the boys had been around the dog before without incident. The dog belonged to a neighbor they know casually, West said.

Nothing made him worry about them being in the woods. Nothing had set off red flags with the dogs. If so, he would not have let the boys head that way, West said.

"I'm always out in the yard with my kids, but I wasn't out there this time," he said. "And there will probably be another time when I've got to go walk back in the house for something. You never expect them to wander off and something like that to happen."

That's why West said he was disturbed that he and his wife were required to leave the children Sunday night at the direction of Social Services and pending the investigation. On Monday, family members and friends could be seen holding West's wife up and helping her walk into the woods where her son died.

"This family needs to be together right now," West said." You know how bad it hurt for me and their mom to stay in another house last night knowing our kids witnessed all this yesterday, and have to be without us?"

As the investigation continues, and the family plans to lay their child to rest, West remembers his "special boy." The one with piercing eyes, blond hair and a loner attitude - the demeanor that would make him opt for the big-screen television in the living room vs. the outdoors playdate with his siblings.

"He loves them cartoons on that big TV," West said. "And when everybody else is outside, that's when he takes advantage of that big TV. It kinda blowed my mind that he was even outside (that day)."