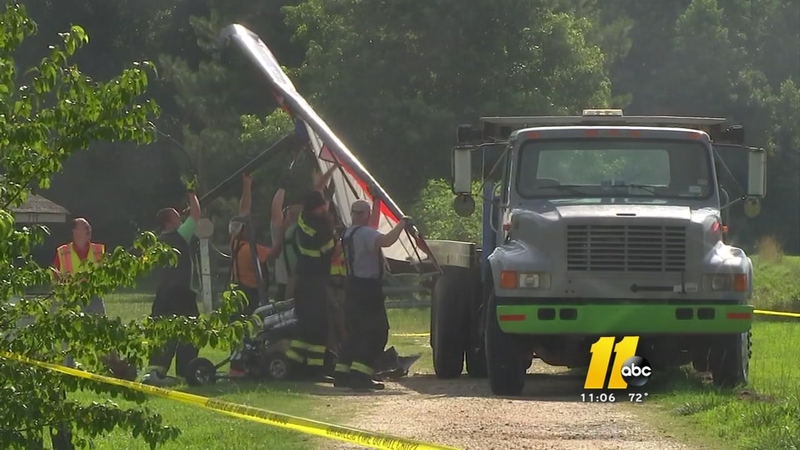 ERWIN, North Carolina (WTVD) -- Officials are investigating a small plane crash just east of Lillington that took the life of a Raleigh man.

Pictures from Chopper 11 showed the ultralight aircraft down behind a home on Pierce Lane in the Erwin area.

Officials said the pilot - the only person on board - was killed.

The Harnett County Sheriff's Office said witnesses reported that the aircraft was taking off from a grassy private airstrip located next to Pierce Lane. It appeared to the witnesses that a gust of wind pushed the aircraft toward a group of trees near the runway, the aircraft made a sharp turn away from the trees and went down.