PNC Arena to get a face lift 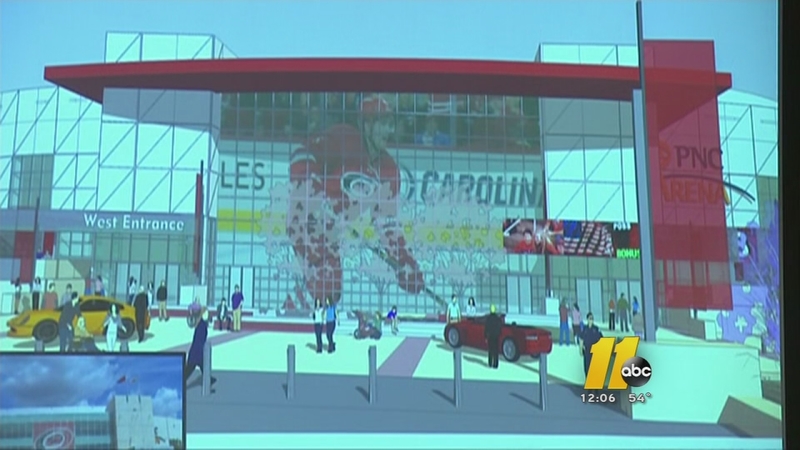 PNC Arena to get a face lift

Words like "energy," "excitement" and "opportunity" were repeated during Tuesday's presentation of the planned changes.

Plans call for relocating offices currently located in the arena's south end to the north, and a dramatic redo of the freed up space.

The proposal includes four renovated levels - including a brand new lobby - with additions like terraces and a roof deck for fans.

"This is the most incredible master planning we've ever done, including the renderings, the budgeting and all we've put into it," HOK Architect Tracy Stearns said.

The design team emphasized the potential for bigger outdoor opportunities - making the arena known to major event bookers for more than basketball and hockey.

"I think it's a great plan, and I hope we can continue working on it and get this done, for the community," Centennial Authority Chairman Tom McCormick said.

For now, it's a concept only, but when could it become reality?

"I don't know what the timing is of it, but we're ready to get going on it as soon as possible," Stearns said. "These things take a long time. There's a lot of decisions to be made."

And what will it take to finish?

"It's going to take further planning, and like everything else we're going to have to figure out a way to pay for it," McCormick said.

ABC11 then asked if they gave a ballpark figure of what they've proposed might possibly cost.

"Well if they did, I wouldn't tell you," McCormick added.