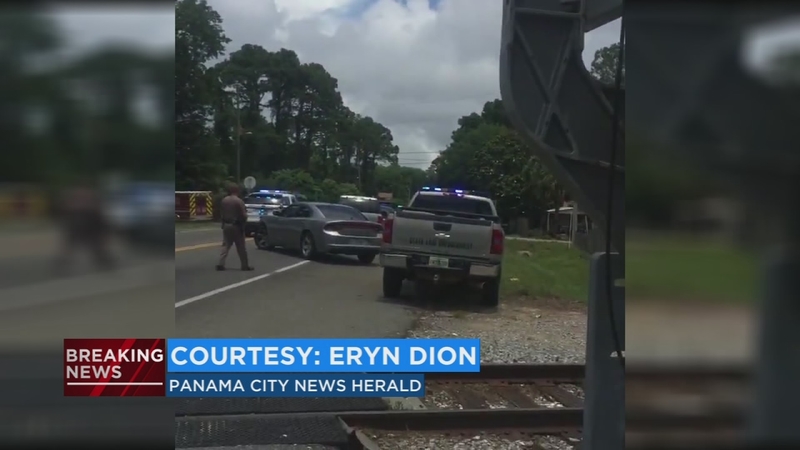 Authorities on scene of active shooting in Panama City, Florida

PANAMA CITY, Fla. -- Police surrounded an apartment building in northern Florida and exchanged heavy gunfire with a suspect barricaded inside Tuesday, and at least one person was injured, officials said.

Nearby businesses and schools were evacuated and several police agencies responded to the incident in Panama City, where some witnesses reported hearing more than 50 shots.

Kim Allagood, owner of a nearby pizza restaurant, said "tons and tons" of police descended on the area and she locked down her restaurant for close to two hours amid sporadic shooting.

Police in nearby Walton County said on their official Twitter account that the incident was tied to a suspicious death in Santa Rosa Beach, about 40 miles (65 kilometers) northwest along the Florida coast from Panama City. But they did not immediately release more details. Walton County police also were at the scene in Panama City.

Some initial media reports suggested the suspect was holed up in bank near the apartment building. However Jeremy King, a spokesman for Regions Bank, said the shooter was not in the bank and he had no information that the suspect was ever inside the bank.