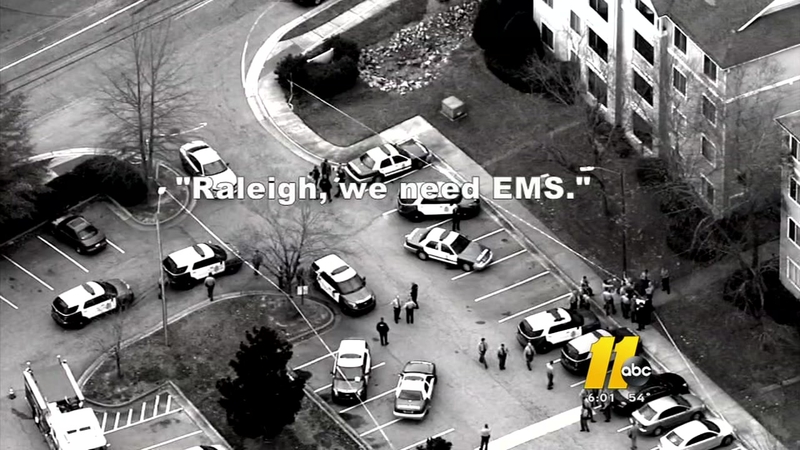 RALEIGH (WTVD) -- The officer shot during Wednesday's burglary at a Raleigh apartment complex was hit by a fellow officer, police said.