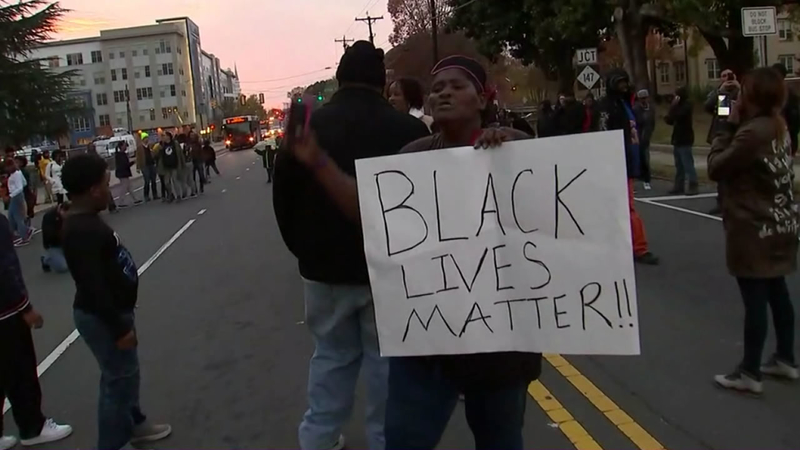 DURHAM (WTVD) -- Protestors on the steps of police headquarters Wednesday evening closed down a portion of Chapel Hill Street for more than an hour a day after a man was shot by Durham police officers.