AP
By Alexandra Jaffe
WILMINGTON, Del. -- Former Secretary of State Colin Powell and Cindy McCain, wife of the late Sen. John McCain, joined a handful of prominent Republicans who oppose President Donald Trump and were awarded prominent speaking roles at the Democratic National Convention. Some progressives, who make up a large share of the party's base, say they are being unfairly overlooked.

Some progressives feel overlooked at DNC

Sen. Bernie Sanders was given a prominent slot on Monday. And Sen. Elizabeth Warren will appear later in the week.

But progressives have been angered that the DNC event has slighted others, including Rep. Alexandria Ocasio-Cortez, who spoke for roughly 90 seconds on Tuesday.

Julián Castro, the only Latino in the historically diverse primary field, wasn't given a speaking slot at the convention after some tense moments with Biden during the campaign. Instead, a brief clip of his keynote at the 2012 convention appeared as part of a video presentation.

Former Sec. of State Colin Powell speaks during the second night of the 2020 Democratic National Convention on Tuesday, Aug. 18.

Former Secretary of State Colin Powell is endorsing Joe Biden, saying with him in the White House, "We will never doubt that he will stand with our friends and stand up to our adversaries - never the other way around."

In taped remarks during the Democratic National Convention on Tuesday night, Powell sought to draw an implicit contrast between Biden and President Donald Trump, without naming Trump.

Powell also lamented that "today we have a country divided, and we have a president doing everything in his power to make us that way, to keep us that way."

Powell served as secretary of state under Republican President George W. Bush from 2001 until 2005, and served as chairman of the Joint Chiefs of Staff under both Bush and Democratic President Bill Clinton.

Cindy McCain talked about how then-Delaware Sen. Biden met her husband when John McCain was assigned to be a military aide for the senator on a trip overseas.

Cindy McCain did not offer an explicit endorsement, but her involvement in the video is her biggest public show of support yet for Biden's candidacy.

Both Cindy McCain and her daughter Meghan have been outspoken critics of President Donald Trump, and the family is longtime friends with the Bidens. Trump, a Republican, targeted John McCain personally in 2015, saying the former prisoner of war wasn't a hero "because he was captured. I like people who weren't captured."
EMBED More News Videos

John McCain and Joe Biden, who served in Congress together for three decades and have known each other for even longer, have shed light on their decadeslong friendship over the years. 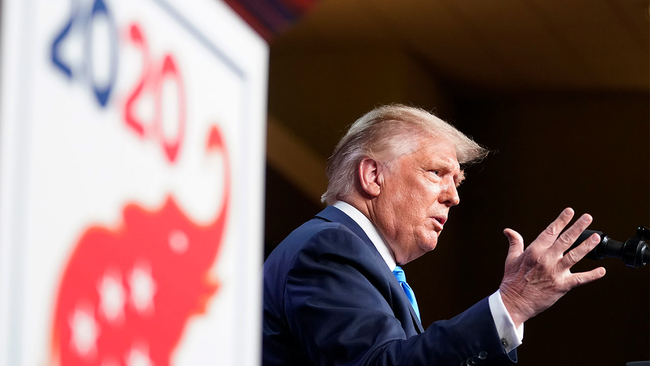 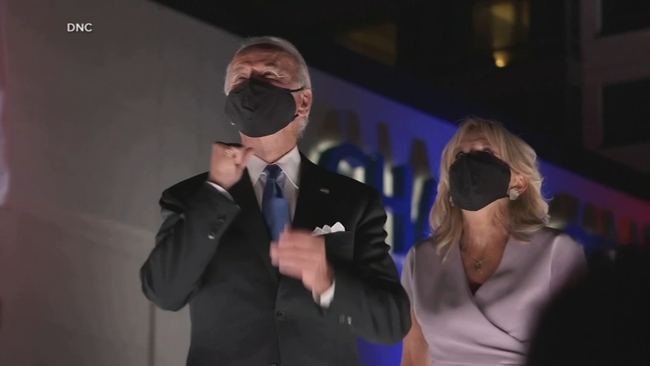