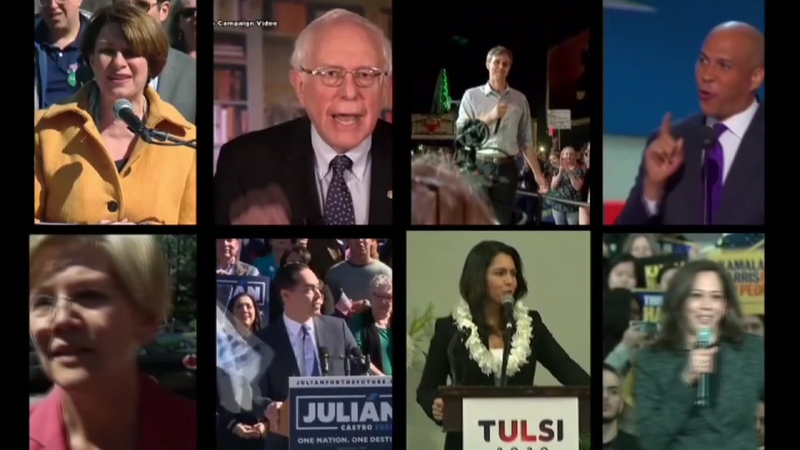 In the audience at Texas Southern University, 1,700 people, most of them women of color. All of them, however, engaged activists concerned about the 2020 election.

Amid the discussions was heavy focus on immigration and securing a livable wage for Americans.

"I'll be a president of the United States that keeps her word to those Dreamers to whom we gave DACA protection, instead of pulling it out," Sen. Kamala Harris said.

"I know what it's like to struggle," former Secretary Julian Castro said. "We need to do many things and connect the dots. We need to raise the minimum wage."

Former Texas Rep. Beto O'Rourke, who came to national prominence in his 2018 race for U.S. Senate against Sen. Ted Cruz, tackled what he called "instructional racism in our democracy."

Sen. Bernie Sanders, who made waves in the 2016 Democratic primary, also worked to capture the support of progressive voters.

"I think it is absolutely appropriate to say in the Constitution of the United States that women will be equal to men," Sanders said. "End of discussion."

"Africans Americans are more likely than whites to be arrested, to be arraigned, to be taken to trial, to be wrongfully convicted, and to be given harsher sentences," Sen. Elizabeth Warren said. "That is a badly broken system."

It is early in the election cycle, but it's already serious. And this was an energetic, if not heavy conversation about the issues important to a large block of voters here and across the country.