Legislative intern is state's first with Down syndrome 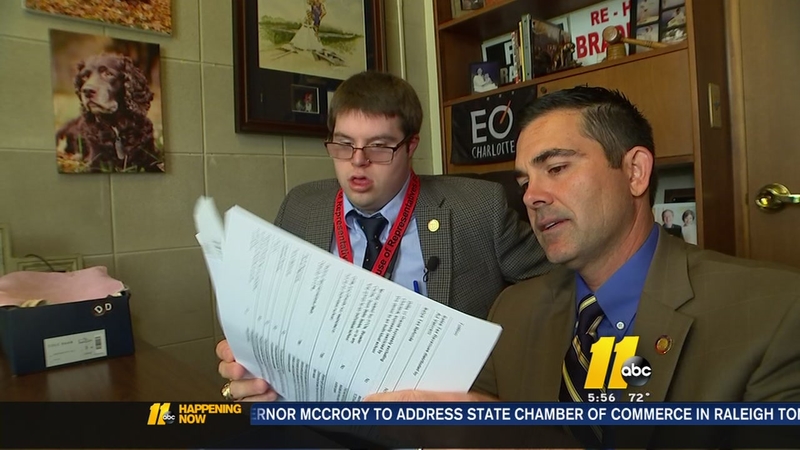 "Paul! How are you? You ready to get started today?" asked Rep. John Bradford as he greeted the 21-year-old inside the legislative building. 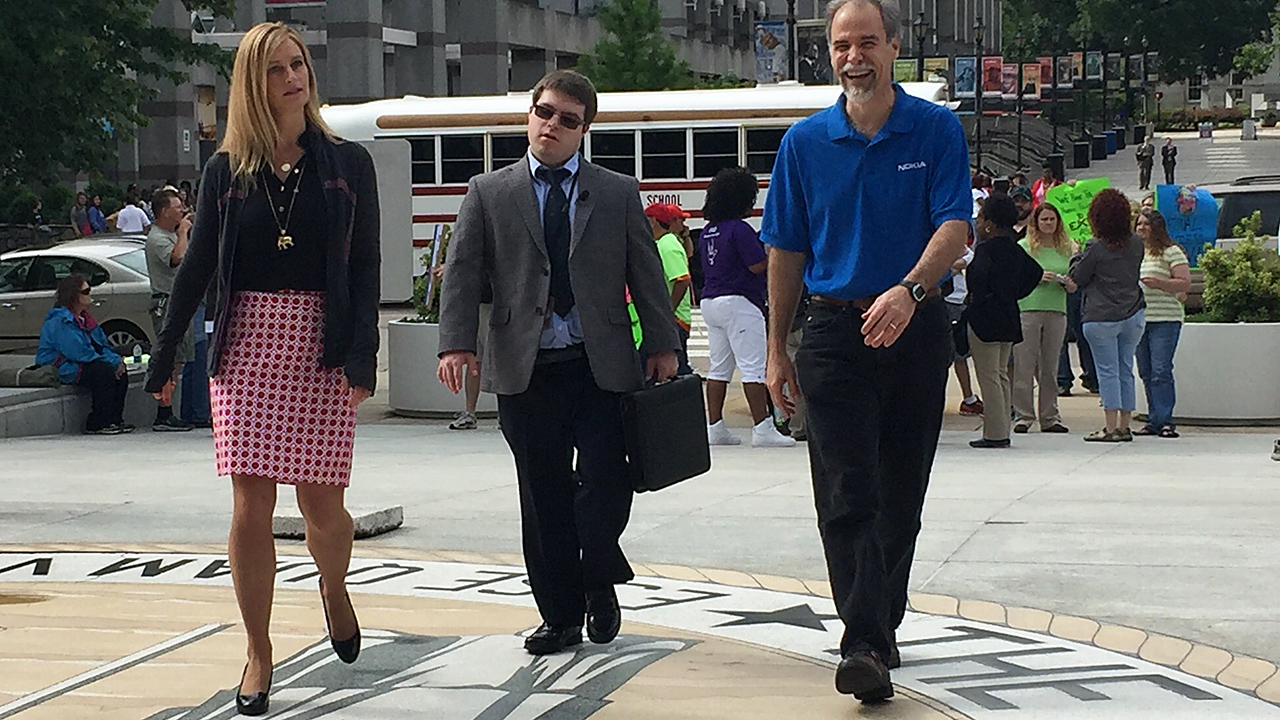 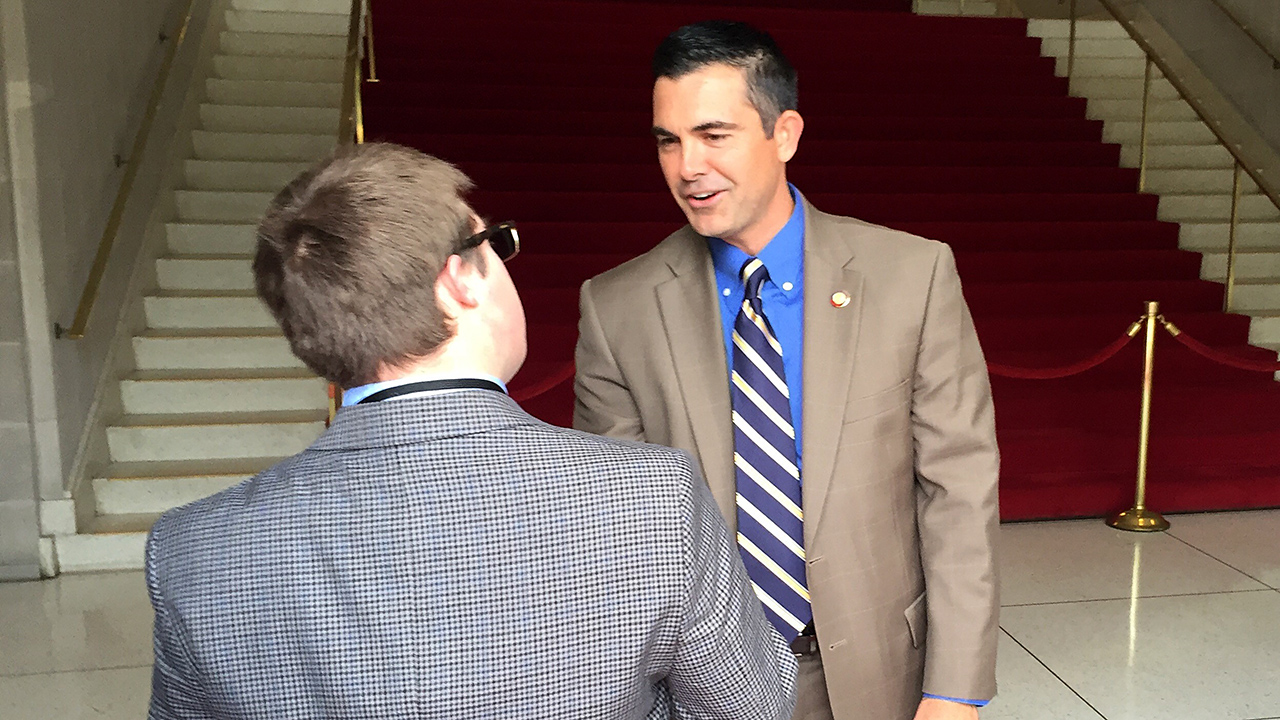 The House Majority Freshman Whip introduced Kocher to his colleagues as the pair toured the building.

Kocher is the first legislative intern with Down syndrome, a developmental and intellectual genetic disorder. 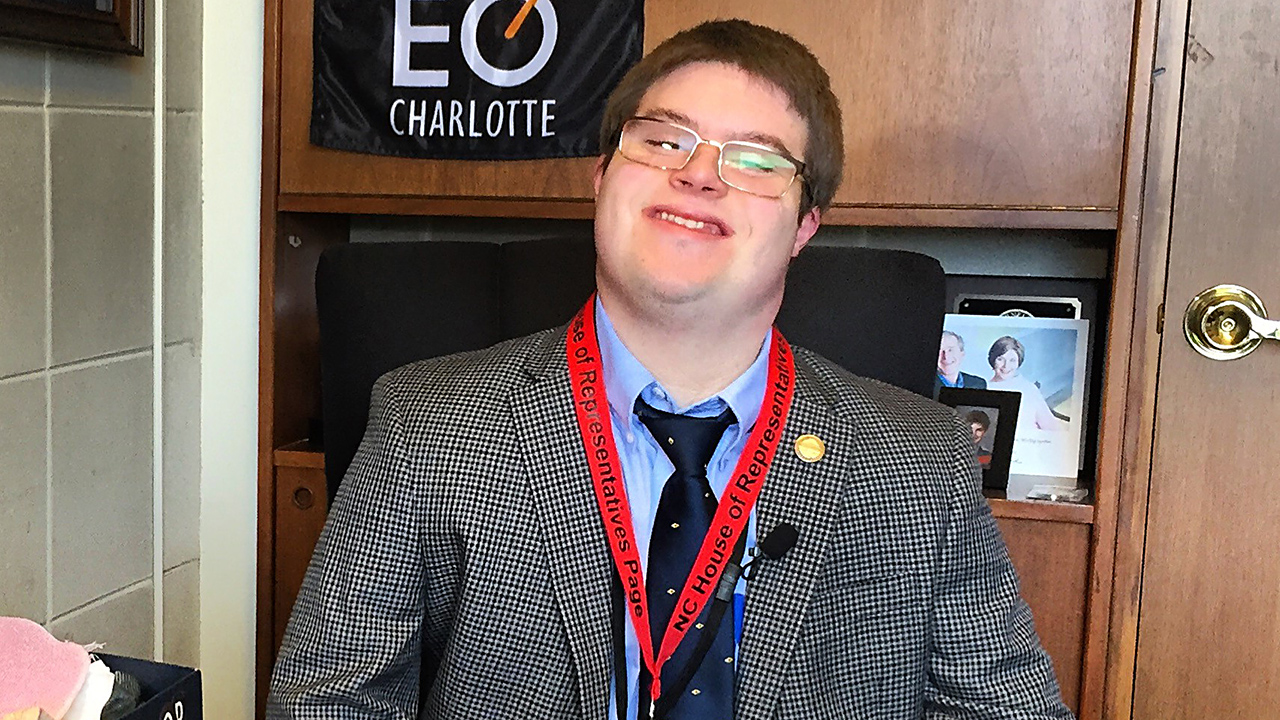 It didn't take Paul long to take over Bradford's seat!

"He works at Bojangles on the weekend. He has voice lessons. He works out for Special Olympics. We commonly joke in the family, if we look at the resumes of all our kids, Paul stacks up pretty good," he said with a laugh.

Kocher now has one more credential to add to his resume - honorary page.

The title gives him rare access to the floor of the House chamber and an up-close view of the voting process.

"He'll sit a couple seats behind me, and we've already made it clear thumbs up is green, thumbs down is red, so he'll help me out," Bradford smiled. 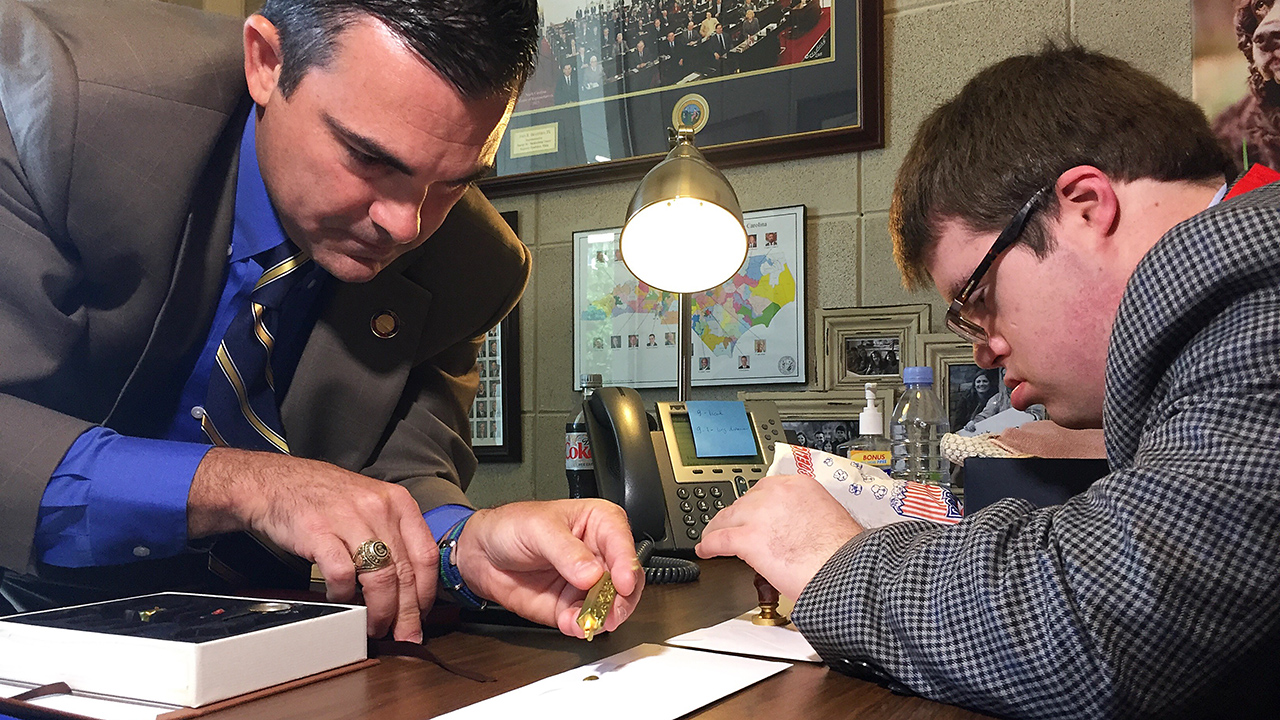 Paul helps Bradford address letters to constituents and stamp the envelopes with wax seals on his first day of work.

"I asked him what his favorite fruit was and he said, 'apple pie,' " laughed Bradford. "Bingo! I love apple pie. We're going to get along great in this office!"

"He's a nice guy," Kocher said with a smile.

As he neared the end of his first day on the job, it became evident Kocher's new position was a perfect fit.

"We believe people with special needs should have the same opportunities as everyone else. We're excited to have him here, and we're going to put him to work," Bradford said.