Leslie McCrae Dowless appeared before the state elections board Tuesday, which is holding a hearing about what happened in last year's 9th congressional district race. Dowless is accused of using illegal methods to boost the number of mail-in ballots going to Republican Mark Harris. Harris holds a slim lead over Democrat Dan McCready in the country's last undecided congressional election.

Dowless' attorney told the elections board he won't testify without a legal protection against prosecution for events he describes. The board refused.

UPDATE: @NCSBE says witnesses “compelled to testify” could do so for immunity, but Board does NOT want to give him immunity. #McCraeDowless is thus declining to appear. That’s how Day 1 will end. Wow. @ABC11_WTVD @ABCPolitics @JTHVerhovek #NC09 #NCpol pic.twitter.com/36lOtPtL6k

The race wasn't certified, but the elections board is expected to either declare a winner or order a new election after the hearing.

BREAKING: @NCSBE calls #McCraeDowless to testify, whose attorney intimates he will only testify if given immunity. Subpoena is to appear, “not just take the stand to testify.” @ABC11_WTVD @JTHVerhovek @ABCPolitics #NCpol #NC09 pic.twitter.com/gDwOvVAQoc

On Monday, investigators kicked off a multi-day Board of Elections hearing by laying out evidence gathered during a two-month long investigation. 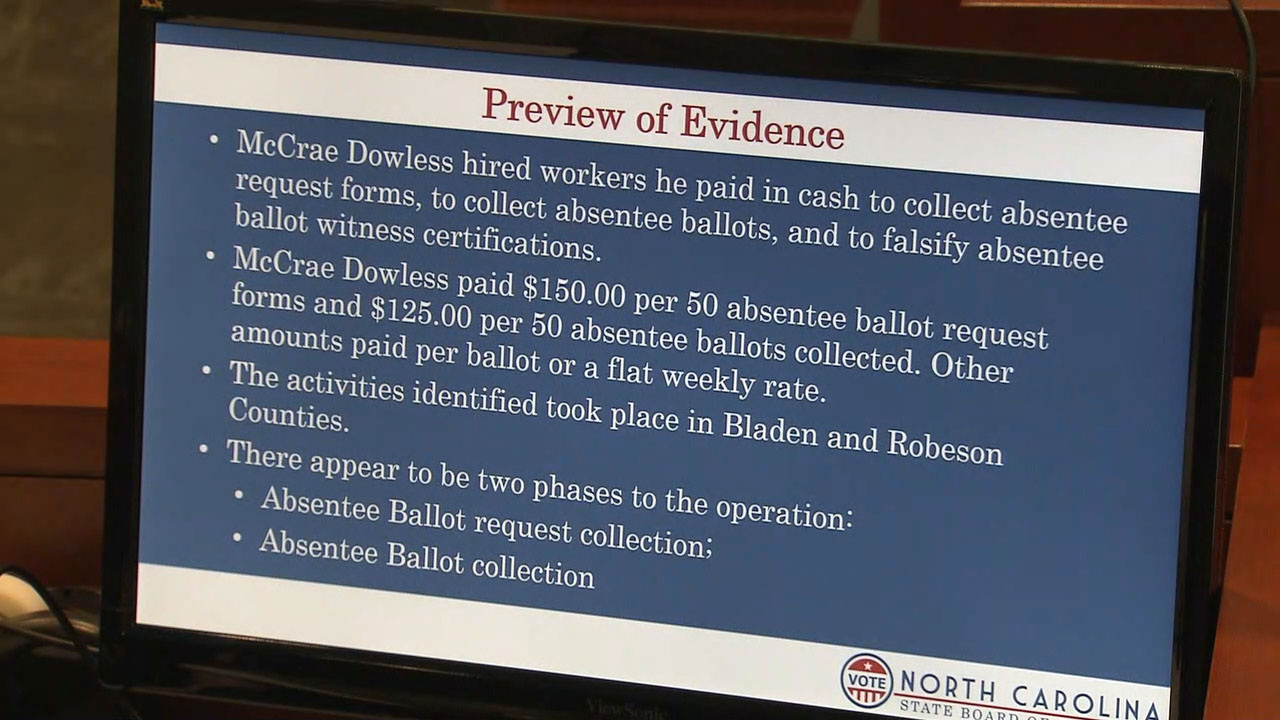 Evidence from presentation given to NC State Board of Elections

The first witness, Lisa Britt, said she worked for Dowless. She testified that she lied during television interviews and witness statements in order to protect Dowless.

Britt testified for nearly two hours. She testified that she voted illegally in 2018. She also explained how she mailed in absentee ballots without raising red flags that they were illegal.

Toward the end of her testimony, she said she felt that Mark Harris was the "one innocent person" in the whole scheme. She testified that she did not believe he knew anything about the election fraud happening in the 9th District.
The Board of Elections hearing is expected to last several days.

The evidence is being presented to a newly appointed Board of Elections.

Big nugget right now from Britt: she thinks @MarkHarrisNC9 was “completely clueless” about absentee ballot operation. She met Harris, including at post-hurricane visit to area, but they never talked about what was going on. @ABC11_WTVD @ABCPolitics #ncpol #nc09

The previous board voted 7-2 against certifying Republican Mark Harris' 905-vote win over Democrat Dan McCready because of those allegations. 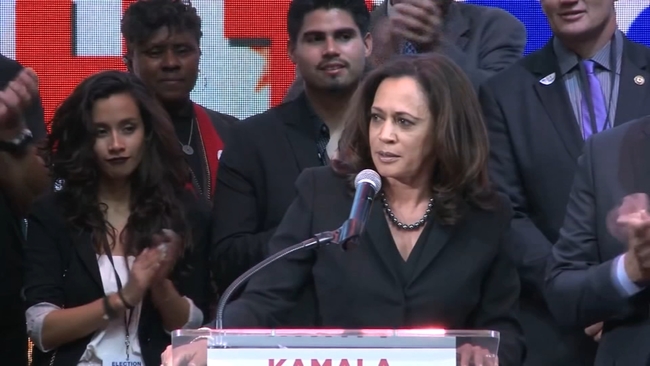 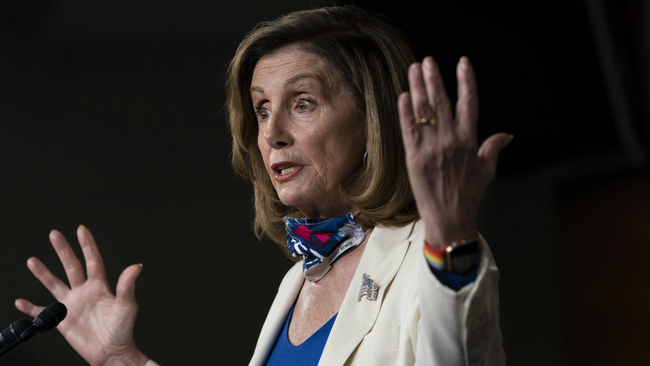