Former Pres. Bush in good spirits as he continues treatment over next few days 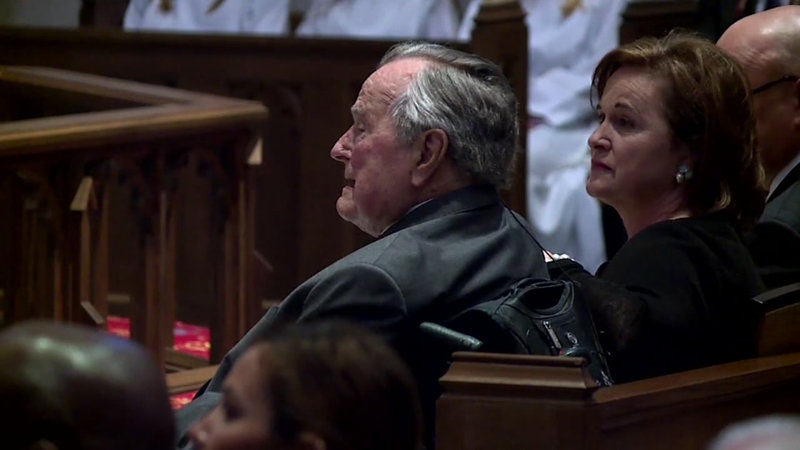 Former Pres. Bush in good spirits as he continues treatment

President @GeorgeHWBush continues to be talkative and in good spirits as doctors @SMHCHealth address his blood pressure. Those treatments are expected to take several more days.

Bush was admitted to Southern Maine Healthcare Hospital for fatigue and low blood pressure on Sunday.

In this latest tweet from McGrath, he said that Bush's treatment is expected to last for the next several days.

This comes a little more than a month after his wife and former first lady Barbara Bush died and weeks after he was discharged from a Houston hospital.

Bush and his family are in Kennebunkport, Maine, where they have traditionally spent the summer. He has been in Maine every summer of his life, except the years he spent fighting in World War II.

He arrived this year on May 20. Tourists outside the compound were hoping for a fast recovery for the 93-year-old.

On Monday, Bush sent out his first update since the hospitalization in a tweet: "Very much regret missing the Memorial Day parade today in Kennebunkport, and am forever grateful not only to those patriots who made the ultimate sacrifice for our Nation -- but also the Gold Star families whose heritage is imbued with their honor and heroism."

It is classic Bush style to turn attention from himself to others, even as admirers across the country keep an eye on a hospital room.

President George H.W. Bush's stay at the Southern Maine Healthcare Hospital for fatigue and low blood pressure is supposed to be solely for observation, according to his staff.