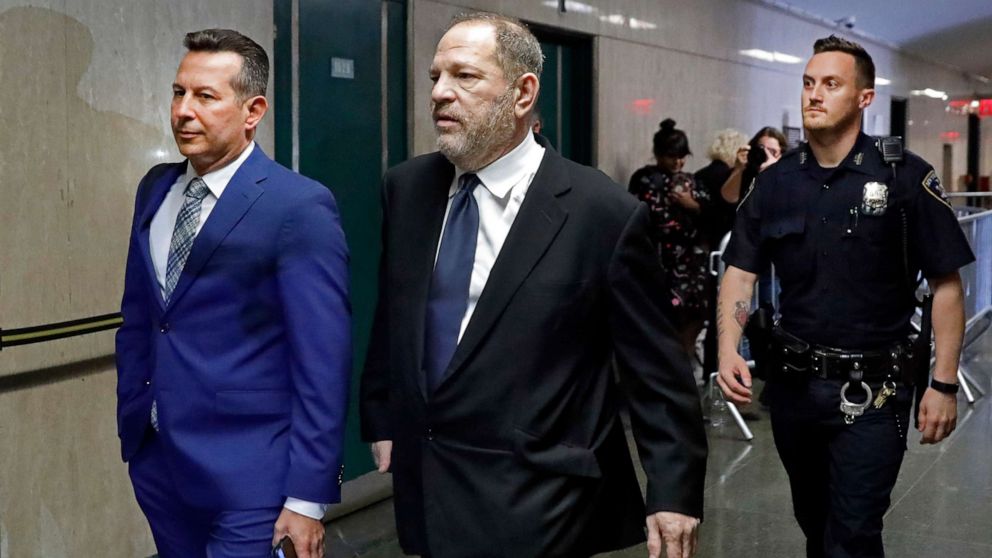 ABCNews
By AARON KATERSKY
The Manhattan District Attorney's office has presented the criminal case against Harvey Weinstein to a grand jury for a second time to include testimony from a one-time Sopranos actress, new court filings show.

Prosecutors are hoping the grand jury returns a new indictment against the disgraced film producer based, in part, on the accounts of Annabella Sciorra, the actress who has claimed Weinstein raped her in 1993.

Sciorra made public claims against Weinstein in the media but only came forward to the Manhattan District Attorney's office in the months after the original indictment was returned, sources familiar with the case told ABC News. As a result a judge declined to allow her to testify at trial.

"We do believe that the trial jury should have the benefit of hearing the testimony of the remaining witness and therefore we will cure the deficiency by re-presenting the case to a new grand jury," the prosecutor's filing said.

The grand jury would indict Weinstein on the same five charges he currently faces but would take into account Sciorra's testimony, which would allow prosecutors to call her as a witness to bolster their case at trial. Her allegation is outside the statute of limitations that was in effect at the time.

Weinstein's trial is currently scheduled to begin Sept. 9. The grand jury decision on a new indictment may not come until Aug. 26 and it's possible there will be a delay.

Despite defense objections, Judge James Burke has allowed women like Sciorra to testify at trial even though their accounts are not part of the charges, a letter from the district attorney's office revealed publicly for the first time. A similar decision doomed Bill Cosby.

"We also appreciate the significant Molineux decision by the Court, allowing the People to call additional witnesses," the letter said, referring to the landmark 1901 Molineux ruling that allows prosecutors to introduce evidence of previous crimes at a defendant's trial.

The identities of the additional accusers who would be called to testify at trial have not been made public.
Report a correction or typo
Related topics:
abc newsnational
Copyright © 2020 ABC News Internet Ventures.
More Videos
From CNN Newsource affiliates
TOP STORIES