Behind the crystal ball: Raleigh psychic says his abilities are a gift from God; how he's using them to serve a purpose 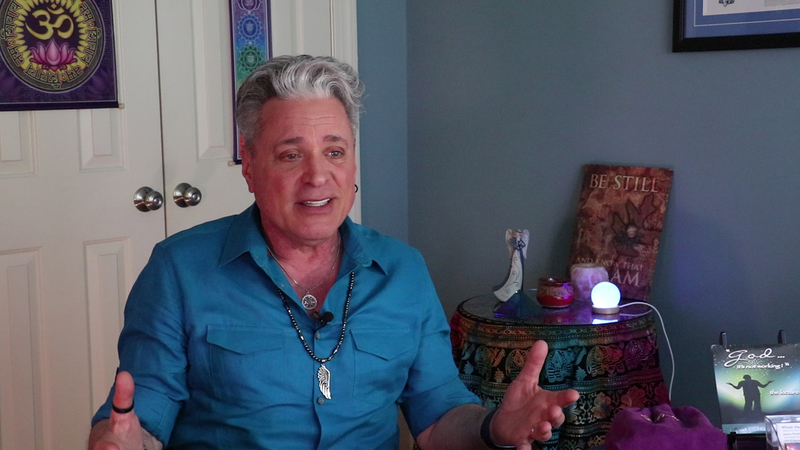 Psychic Vincent Genna says his abilities are a gift from God

RALEIGH (WTVD) -- What do you think of when you hear the word, "psychic?" Is it a person sitting in a dark, neon-lit room, wearing a flashy turban leaning over a crystal ball and listing all the troubles they see in someone's future?

While that may be true for some so-called psychics at beaches, carnivals and malls, Vincent Genna, said that's not the case for him -- a medium a spiritual teacher.

So, how does one exactly become a psychic? Well, for Genna, he kind of asked for it.

The 64-year-old said he didn't always have his psychic abilities. His childhood was filled with mental, physical and sexual abuse. But even after years of torment from peers and his mother, his abilities still didn't surface. In fact, Genna said his gifts didn't arrive until he was called to help a friend in need.

"At about 28 years old I had a friend, a really good friend, who was my original tormentor in my youth, and so he became my friend after my 10-year high school reunion and his life was just going to shambles," Genna said. "I didn't know what to do to help him ... but I just knew he was going through some major heartache."

Without knowing what to do or who to turn to, Genna cried out for help.

"In frustration and desperation, I cried out to God, which was interesting because I've never done that before, not even when I was being tormented," Genna said. "I was begging God on the way home from visiting him one day to give me the ability to be able to help him and other people like him."

Within a week, Genna said his "Steve Spielberg, epic movie" moment had happened. He was hearing people's thoughts, having insights and laying hands on the sick.

"It was as if a dam burst and a flood gate opened and all this information kept pouring into my head. Information I have never heard of before in my life (ancient wisdom). The meaning of life, why were are here on Earth, what's our purpose, where we came from ... all things like that."

Genna said being a psychic medium was not a path he wanted to walk. In fact, he wanted to further his acting, singing and dancing career after his role in "Grease."

"I didn't like psychics. I had no idea about what their background was and I certainly never wanted to be called one."

But Genna hung up his dancing shoe and set out for something bigger: to help others.

At the age of 37, Genna went to school to earn a bachelor's degree in psychology and a master's in clinical social work. He finished his schooling at UNC and worked as a counselor.

As Genna explains it, his psychic abilities give him a way to see into the soul and into someone's life to identify an issue or problem they're facing, which he's then able to help fix, thanks to his psychology degree.
"I use all of the skills to touch the human soul, like you do as an actor, to touch your soul and open it up and put you in my hands so that I can go to that place," he said. "I think that's really unique, and I'm glad that I'm the one doing it because I'm going it with love and my intentions are pure."

Genna said he's the best person to help because his abusive past has broken down walls and made him more relatable.

"All through the abuse I was being molded and shaped and sculpted, and I can relate to anybody now because of that."

But if he suffered so much abuse as a child and so much hurt, why was it that these powers didn't surface until he called out to help someone else? It's a question he's asked himself for many years.

"Why didn't I pray to God to help him? Why didn't I say, 'God, help him?' Why did I ask God to help me help him and help others? So, that's when I start to realize that chances are this was my destiny."

In a world full of skeptics, how can a medium prove they're not a fake, especially since we live in a digital age where so much personal information about someone is so readily available?


But Genna said he isn't here to disprove the skeptics or put on a show. He's here for one thing: to help heal.

"I don't care if I'm nuts. I do nothing but positive works so there's no way this can be coming from an evil source at all ... When they came back and told me, 'You saved my life,' that ... there's nothing more meaningful. It's why firemen run into buildings on fire to pull people out, it's why people in the military go to save a country and protect it, it's because they want to save another person's life. It's the most meaningful and rewarding thing you can do."

Other stories by Kaylee
Behind the tape: What it's like to be a crime scene cleaner
'Afraid to talk about death:' Raleigh funeral director says green burials can bring solace to mourning families
'The party does not stop until I take them home:' Meet the Uber driver behind the 'wildest party ride' in Raleigh
Report a correction or typo
Related topics:
societyraleighreligionentertainmentpsychologybuzzworthyraleigh news
Copyright © 2022 WTVD-TV. All Rights Reserved.
TOP STORIES
Snow, then icy conditions as winter storm moves over central NC
Roads began to deteriorate as snow, ice accumulate
LATEST: Deadline extended for House Wake COVID relief program
City, county governments close services as wintry weather hits NC
Raleigh Police investigate after man shot
Ford recalls 200K cars because brake lights can stay on
Laundrie claimed responsibility for Petito's death in notebook: FBI
Show More
US confirmed 1st COVID case 2 years ago today
Louie Anderson, Emmy-winning comedian, dies at 68
How to drive on snow, ice and get out of a skid
Raeford man killed in Fayetteville motorcyclist crash
Many COVID-19 vaccine side effects caused by placebo effect: Study
More TOP STORIES News