Search on for thieves who targeted Raleigh homes over holiday weekend 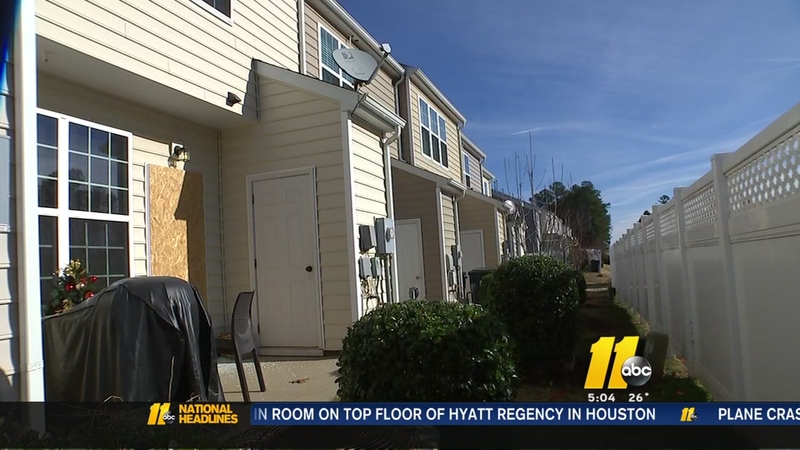 RALEIGH, NC (WTVD) -- Raleigh police are investigating after thieves broke into homes during the holiday weekend.

The Smelik family was out of town to ring in 2018, but rushed home when a neighbor called Sunday morning, telling them their home had been broken into and police were on the way.

Andy Smelik said thieves popped off the cover to their electrical box and tried cutting the wire to their security alarm; they clipped the cable cord instead, but were still able to break the back window and get inside undetected.

Thieves broke the back window of the Smelik family home.

Thieves also broke into the home next door where shattered glass and a boarded-up back door could still be seen Monday. Fortunately, no one there was home at the time either.

Smelik said that though his wife's jewelry, some blank checks, and loose change was stolen, what's most disturbing is that whoever did it knew exactly who was home and who wasn't.

"That's the scary part," he said. "We're thankful that we were gone because that confrontation of being here is like - what would've, and could've happened - there's no telling."