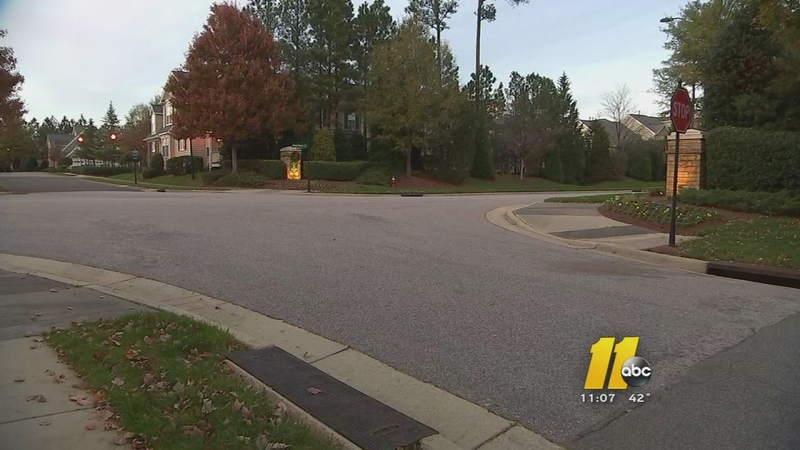 RALEIGH (WTVD) -- One resident in the Brier Creek neighborhood of Raleigh said he wants to feel a little safer after his daughter was approached by a man after she got off the school bus.

David Hornshuh said he usually meets his daughter at her school bus stop when she is dropped off. But last week on Tuesday he said the bus came a little early. Before he was able to meet her, she told him a man drove up next to her and asked if she wanted a ride home.

She told her dad that she ran as the car continued to follow her. She said she even hid in a bush and called her dad before the car drove off.

This is just one of several recent incidents that has Hornshuh feeling uneasy.

"Before, we didn't have so many issues, but lately, they've been more and more," said Hornshuh.

Also last week, Raleigh police confirmed someone had kicked in a door of a home off Palm Bay Circle.

It's incidents like these and a recent carjacking that has residents wanting more of a police presence in the area.

ABC11 reached out to the Raleigh Police Department and they confirm that they have officers on patrol in Brier Creek on a regular basis. In an email from an RPD spokesperson, he also said Brier Creek area has not seen a "statistically significant change in crime," however they know that low crime rates are of little comfort to anyone who has been victimized.

Residents met for their annual homeowners' association meeting Monday night where a Raleigh police officer was present to continue to address resident concerns.