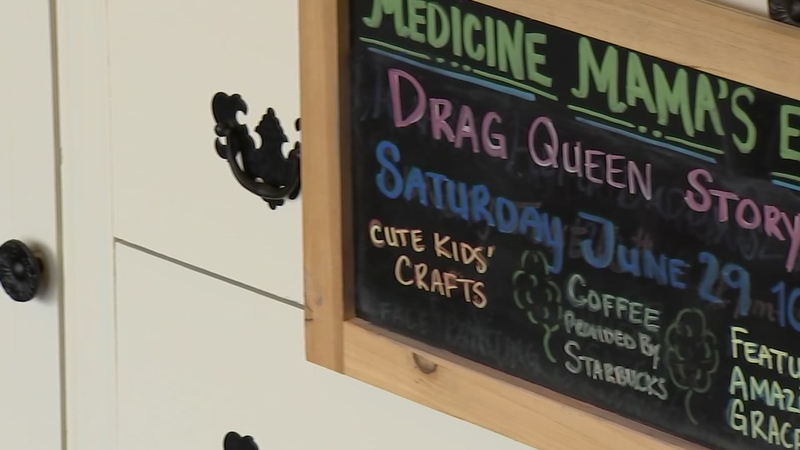 And like other areas of the nation, there has been a backlash on social media.

She and her husband own Medicine Mama's Farmacy in the Millbrook Collection shopping center in North Raleigh.

The shop sells hemp and CBD products and the couple accepted an invitation to host a '"Drag Queen Reading Hour" during pride month.

Some of the commenters on social media have said the event "promotes unnatural vice and moral disorder" and that it will "destroy children's innocence in a perverse way" and it's an "offense against God."

"They said that this event is done with scantily clad men dressed as women, you know known sex offenders, a lot of untrue things. They gave our leasing company's information. They were getting hundreds of calls about us being you know a danger to society, a menace to the public. They asked for us to be shut down. They obviously wanted the event canceled. They wanted our landlord to evict us," said Berry-Terry's husband Jimmie Terry.

Instead of canceling the event the landlord instead hired security in case a threatened protest materializes.

Terry added, "It's sad that we have a world with so much hate in it. And people just dislike people for being different. And I don't think that's fair. You know what I mean? So when I've got the ability to show, one to show my children that everyone belongs I don't see why we wouldn't be part of that. And it's sad that people want to be against it."