No residents were injured, but 11 units were destroyed.

RALEIGH, North Carolina (WTVD) -- A row of North Raleigh townhouses are destroyed and 19 people are displaced from a fire that erupted Friday.

The fire happened in the 9500 block of Prince George Lane, near Six Forks Road. Late Friday evening, the cause of the fire remained unknown.

"I was shaking in my shoes," Jeannette Jones, a resident told ABC11.

Jones was heading inside from taking out the trash when she saw fire in one of the townhomes across the parking lot.

"I looked over there and I saw flames coming out, it was the inside, it wasn't even on the outside," Jones said.

By the time she ran inside to call 911, the fire had spread from home to home.

No residents were hurt, and it could be because of the efforts of two men.

An ABC11 eyewitness shared cell phone video showing two men going door-to-door in the burning building trying to find residents. The men are seen kicking in doors and calling out for folks to come to safety. They went to every unit before firefighters arrived.

Daniel Bargas says he was about to run an errand and immediately put his car in park when he saw the flames.

"I just knew what I had to do at that point. I looked up and I seeing orange coming from the roof and I said 'There's no stopping it,'" said Bargas. "I just remember the heat. Thee heat just hit me." 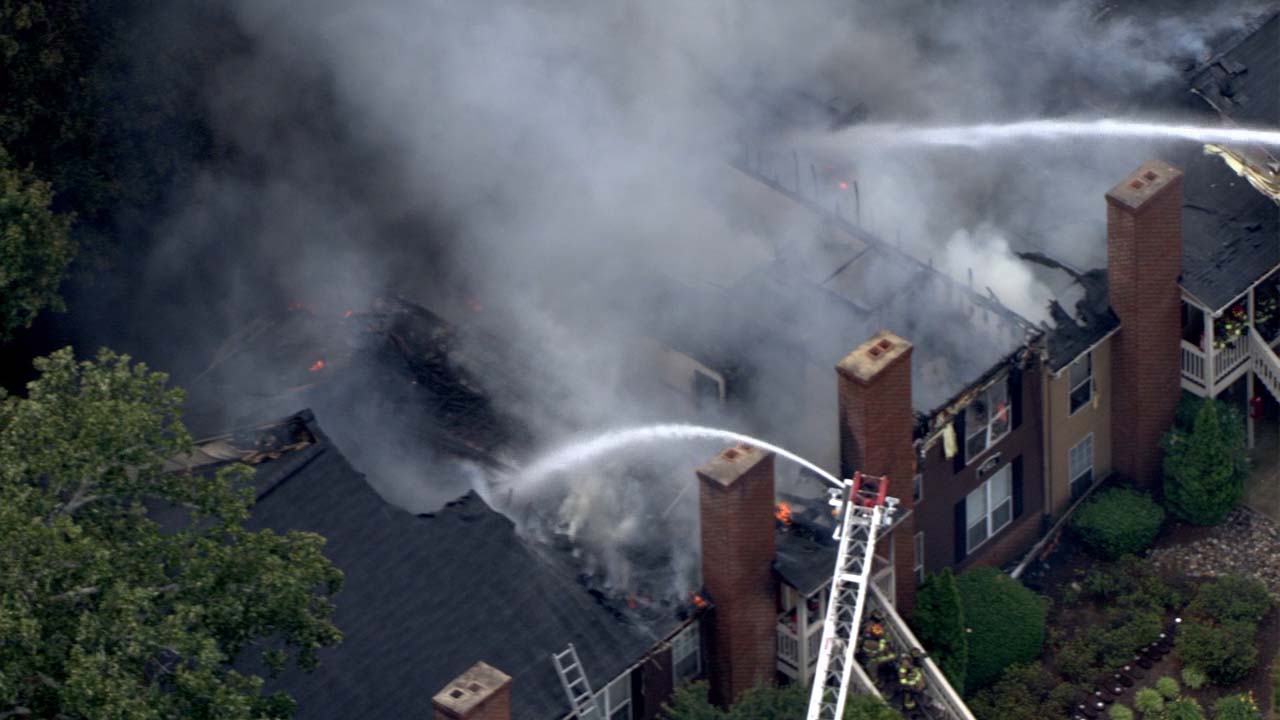 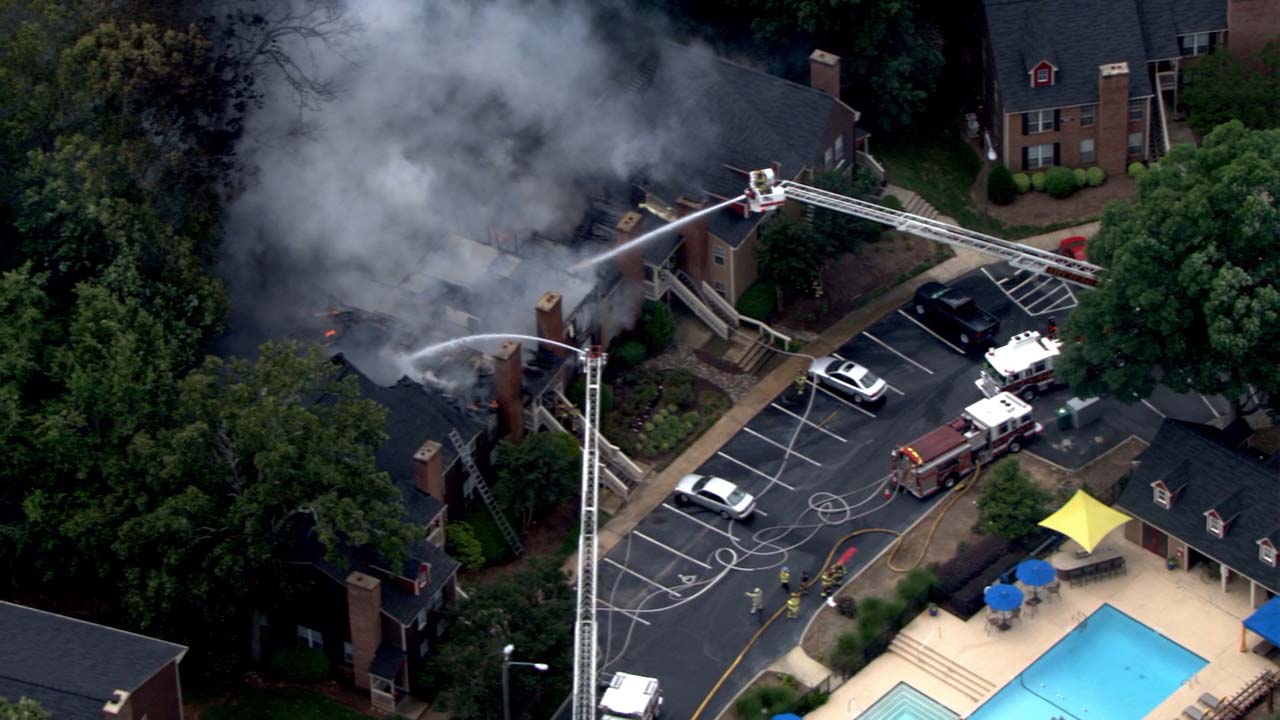 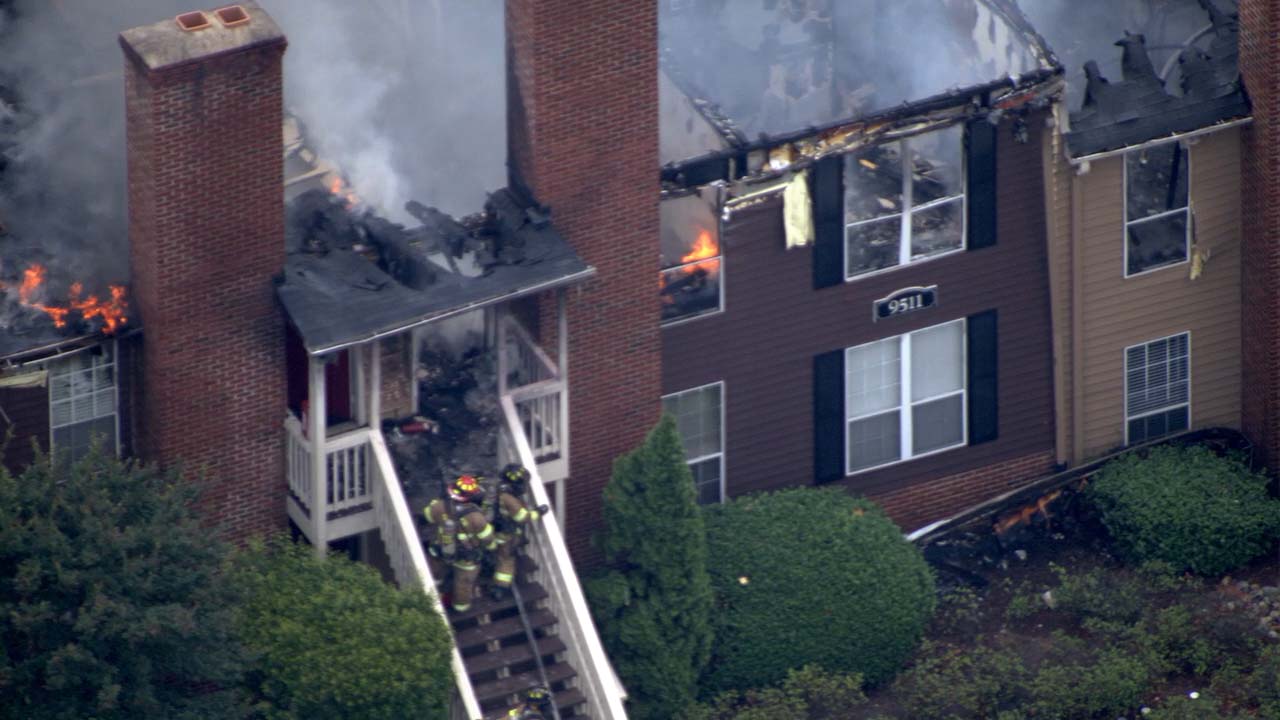 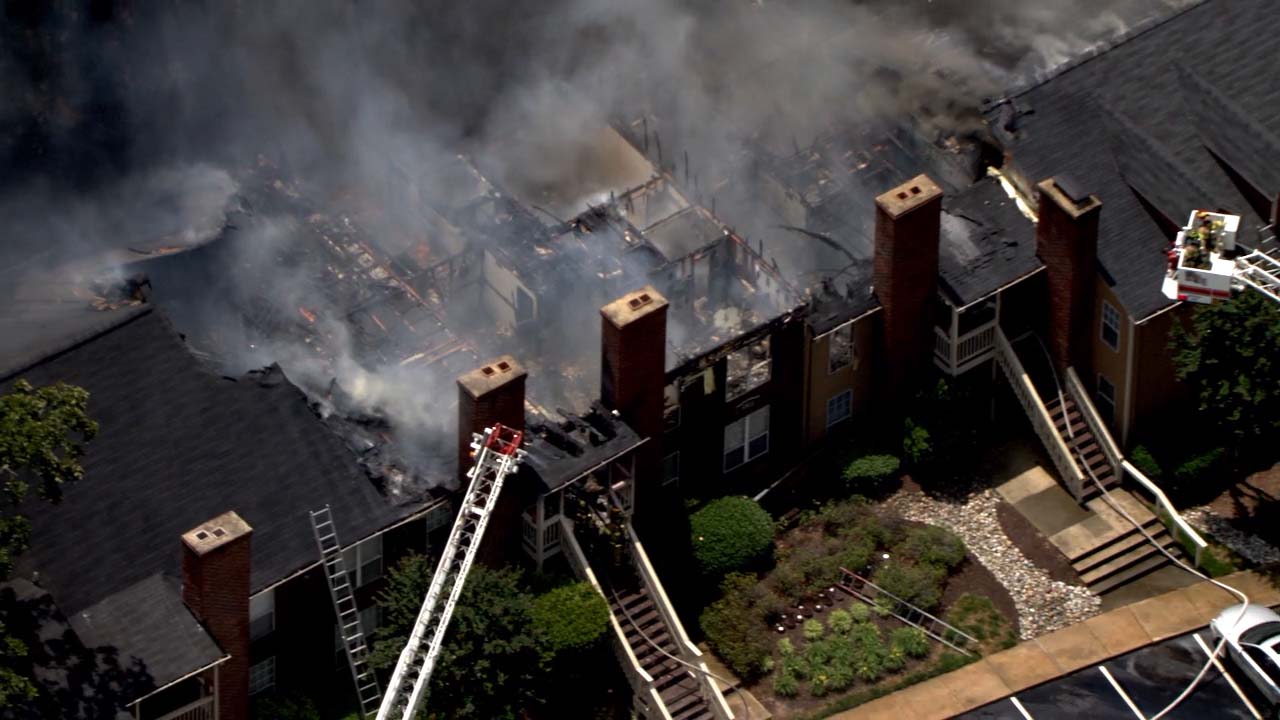 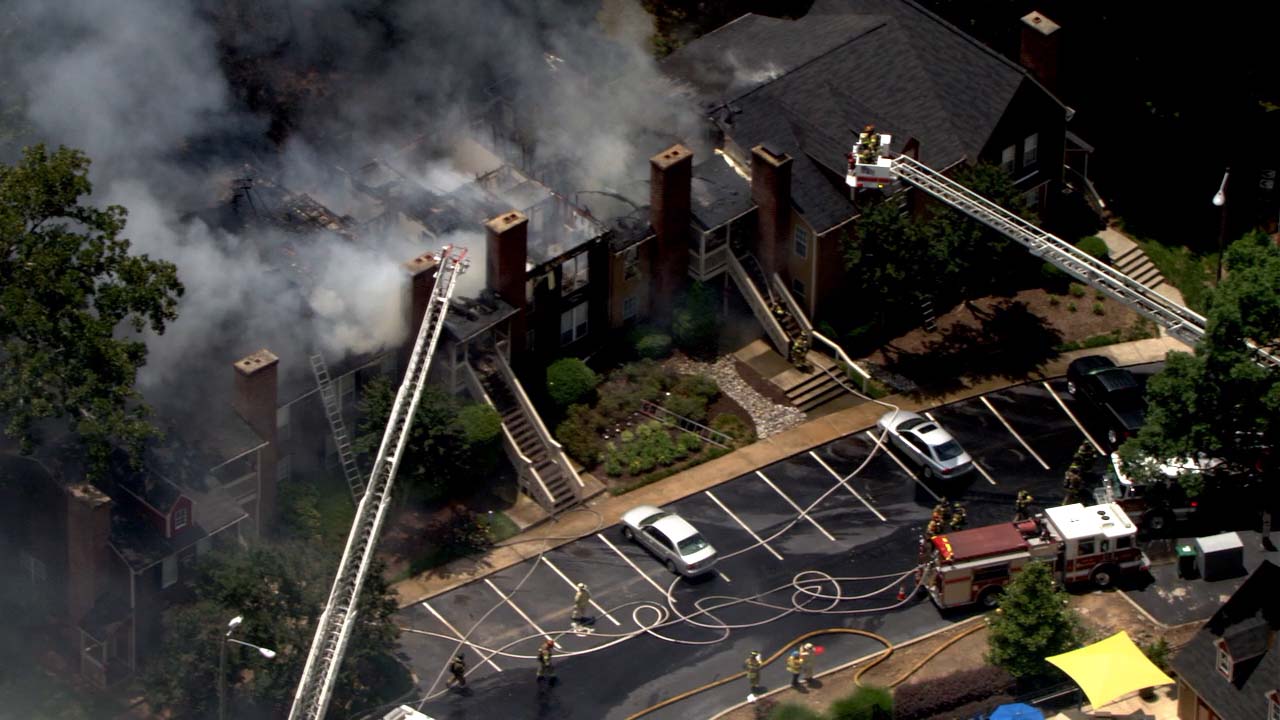 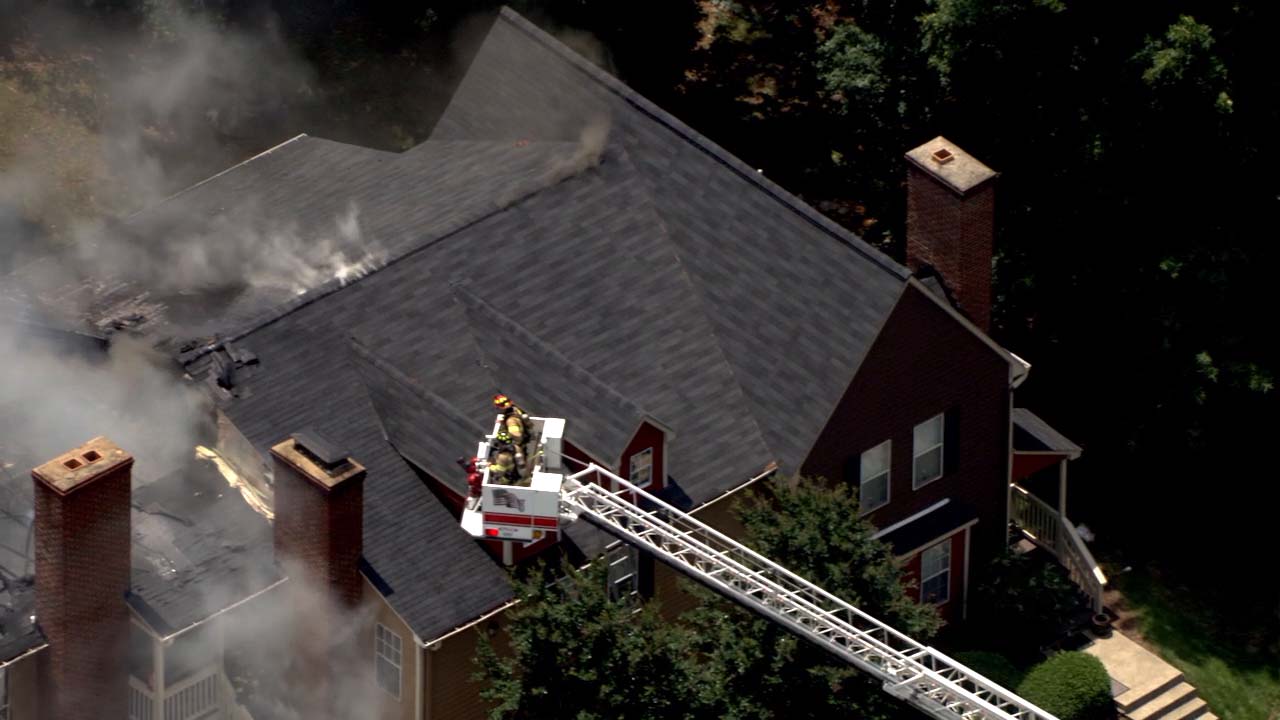 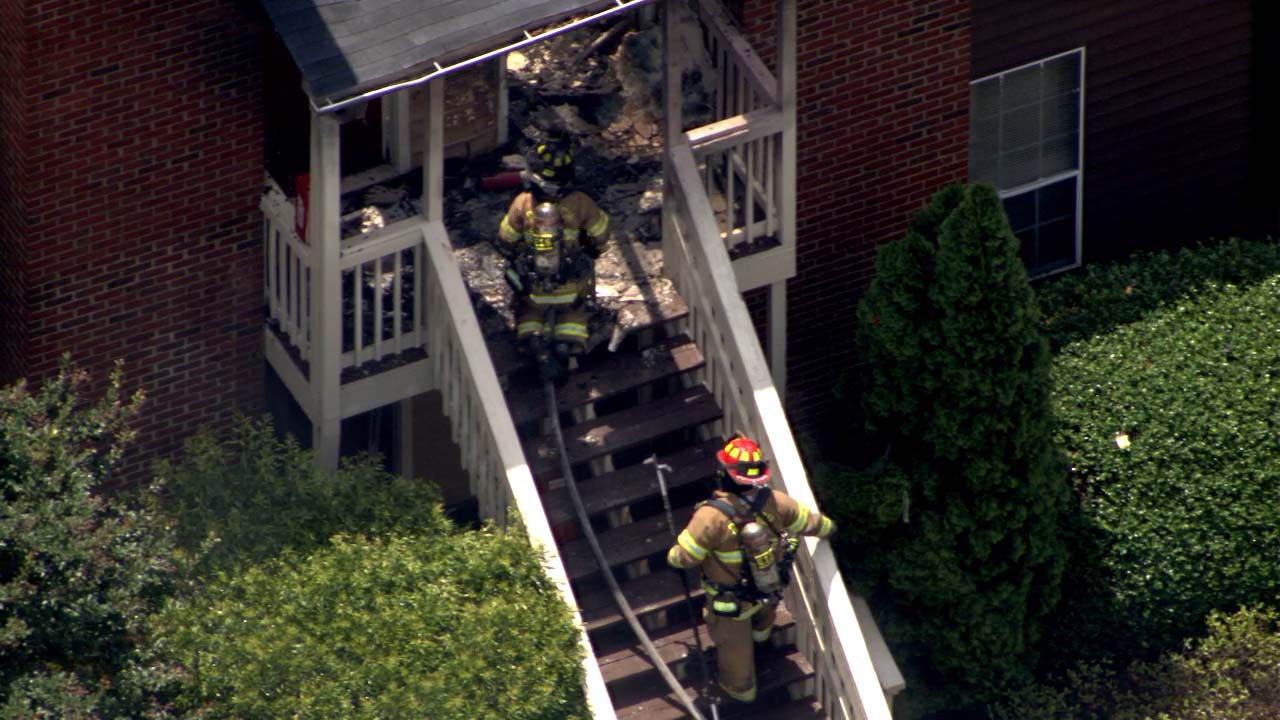 Raleigh firefighters battle a blaze in a townhome complex

Taylor Farrell told ABC11 he was up the road, saw the smoke, and raced over to the complex to help.

"That one kid was motivation right there. He was running in trying to do it himself," said Farrell of Bargas' efforts. "If something was to happen to him, we were standing there watching it fall down on him, I'd feel responsible because I didn't go help him. Nobody else was willing to help."

Farrell and Bargas both say they rescued a dog.

One firefighter had to be checked out for smoke inhalation. He is expected to be OK.

The fire chief told ABC11 he wasn't sure how many people were inside at the time.

The Red Cross said it is working with the 19 people affected by the fire to make sure they have a safe place go and have a recovery plan in place.

Of the 12-unit complex, one unit was vacant at the time of the fire, and the remaining 11 units are deemed unlivable, said Red Cross spokeswoman Brittany Jennings.