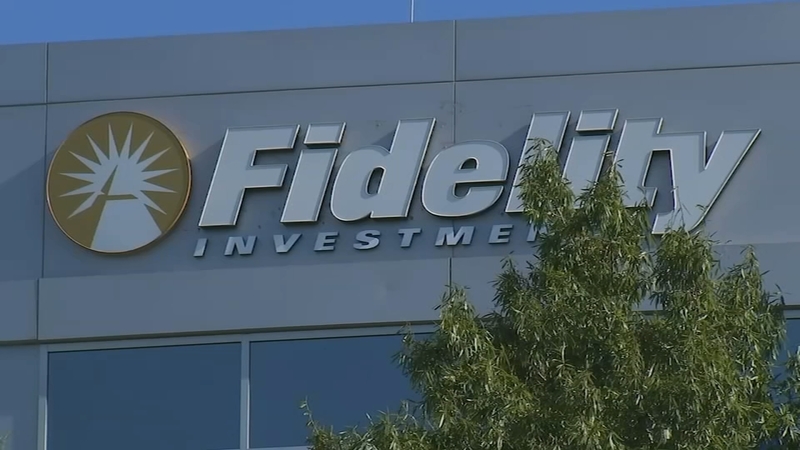 RALEIGH, N.C. (WTVD) -- Massive job growth in Raleigh ranked the city as the third-hottest job market in the country, according to an analysis by the Wall Street Journal and Moody's Analytics.

The analysis ranks areas based on job and wage growth, labor force participation and unemployment rate.

Only Nashville, Tennessee and Austin, Texas, beat out the City of Oaks.

Last year Raleigh ranked 21st nation according to the same analysis. The Wall Street Journal found the city's civilian labor force increased by 30,000 in 2021. It's growth that many expect to only continue.

"We just have such a thriving economy and we're not a one-trick pony. So there's a lot of opportunity for people regardless of the industry sector that they're focused on," said Adrienne Cole, the president and CEO of the Raleigh Chamber.

This week, Fidelity Investments announced the creation of 1,700 new jobs in North Carolina. The company said a majority of those positions will be based in the Triangle.

"The company announced yesterday that we're hiring 12,000 additional associates to work with us at Fidelity to serve our customers. And we were really excited that a lot of those roles are going to be based here in North Carolina," said Leslie Walden, Fidelity Investments NC Vice president of public affairs,

The company announced 1,500 jobs at its Research Triangle Park (RTP) location in September. Walden said this week's announcement will add to the current 5,000 positions at the RTP location. She said most of the positions are open now and are technology-focused.

"When Fidelity and other companies like us look at the state of North Carolina and the Triangle region specifically, we have three things that we're looking for, and that's number one, talent, number two talent and number three, talent," Walden said. "There's so much great talent in this market."

"The focus of Wake Tech is really to be responsive to the needs of the community, and that includes jobs that are coming into the area and so the programs that we offer, the curriculum, and the courses that we teach are really aligned to those jobs," said Keith Babuszczak, Provost and IT / Chief Campus Officer at Wake Tech.

"By bringing in these companies, they do provide jobs for people who are outside of the area, but they really provide opportunities for upward mobility for people that who do live in Wake County," Babuszczak said. "And so that's where we come in because we have campuses all over. We have programs that are able to meet all of those needs, and we're able to support and provide opportunities for all of the students and residents of Wake County."

He said the college has formed numerous partnerships with new businesses to create a pipeline of talent.

"A lot of companies come to us specifically because they want to hire local talent. And they really look at the diversity of our student population, the skills of our graduates and find a fit to fill their jobs," he said.

Those positions are predicted to continue to grow as Raleigh, the Triangle and the entire state have seen massive investment in the last year.

More than a dozen major companies have announced plans to build and expand in the Tarheel State. From Apple to Google to Fidelity Investments, 20,444 jobs are expected to be created during the next few years. The state is expecting to grow its economy by more than $209 billion during the next few decades with the arrival of 15 major businesses announced in the last year.

Cole explained this growth not only benefits the new workers and companies but the entire economy.

"With that comes additional opportunity, great jobs, not only the jobs that are created by companies ... but those spin-off jobs that come and then the vibrancy that happens in our community across the region, spilling over into restaurants, small businesses, obviously our small businesses are very important to us. It just creates a very thriving economy," Cole said.

She said the Raleigh Chamber is trying to attract an estimated 46 additional companies to the area, which would bring in 14,000 new jobs and more than $5 billion in potential investment.

"We won't win all of those, but we will win our fair share of them, and it's just very exciting. And presents a real opportunity for our community and for our residents," Cole said.

She said the area needs to continue to make the necessary investments to plan for future growth.

"We have to be staying ahead of the growth with our housing market and certainly that market is tight right now. Making sure that our infrastructure can keep pace with the growth of the region. The good news is that we have leaders from the elected sector, from our business sector, from our community focused on these things," Cole said.
Report a correction or typo
Related topics:
businessraleigheconomyjobs hiringtechnologyi teamraleigh newsjobsworkplace
Copyright © 2022 WTVD-TV. All Rights Reserved.
I-TEAM
Wake County reports highest rate of COVID-19 cases per capita in NC
Shortage of mental health professionals persists as need grows
Durham County Sheriff reveals cross-county 'Strike Team'
Doctors notice increase in long-haul COVID-19 cases
TOP STORIES
Raleigh breaks heat record set in 1938
Body found on the bank of the Tar River in Edgecombe County
A motorcycle's unforgettable ride back home
Trees downed, power outages reported after powerful overnight storm
Trump pays $110K fine, but must submit paperwork to end contempt
Driver struggles to get permanent tags for truck bought on Vroom
American Airlines flight veers off runway in Charlotte
Show More
Our America: Because I Am | Full episode
Officials remain optimistic as tourism in Wake County booms
NC State's Tommy White breaks ACC freshman home run record
Violent crime in Durham up 8% during first few months of 2022
Funerals begin for victims of Buffalo supermarket shooting
More TOP STORIES News