Raleigh model redefines industry by starting career in her 70s 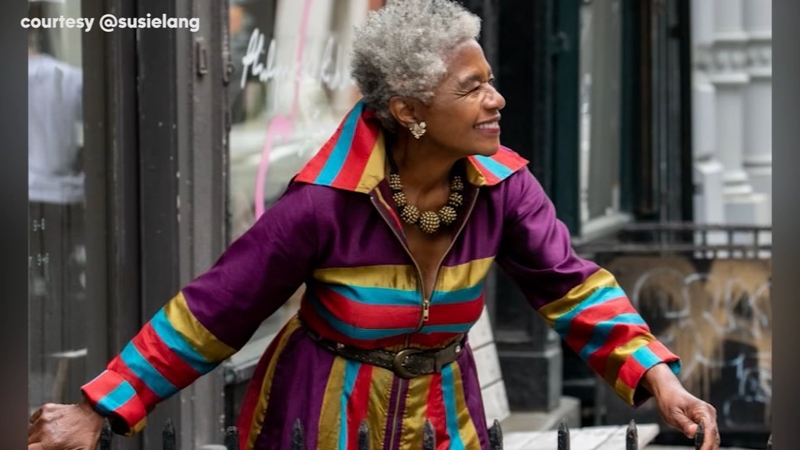 Raleigh model redefines industry by starting career in her 70s

RALEIGH, N.C. (WTVD) -- Raleigh resident Carolyn Doelling has created the ultimate reboot in retirement by starting a career as a fashion model at the age of 74.

"It fuels me every day to get up and know that other people are encouraged by what I'm doing," Doelling said.

Doelling retired in her early 70s from a career in philanthropy and corporate jobs and was looking forward to her retirement years.

"I wanted to travel, and just do you know, what retired people do," Doelling said. "But, then, I noticed pretty quickly that I was feeling overlooked and especially I was feeling undervalued."

Doelling said she first made a simple change and began dressing more intentionally adding more color to her daily wardrobe. "And, sure enough, that got more attention for interactions with other people," she said.

Doelling's first break into modeling came while shopping in a California boutique when the owner struck up a conversation.

"I was in a small boutique and they were doing an interview, and asked, 'what are your goals?' And, I said 'you know, my goal is to encourage other women my age and younger to reinvent themselves and call it rebooting rather than retirement," Doelling said. "And, the owner said, 'Oh, that's wonderful.' She called me two weeks later and said 'would you like to come and do a photoshoot for E-commerce?' And I said, Well, I'll try it. And so I did and I was wearing turned out to be Nina Ricci at that photo shoot. And those designers saw the photos and said, Wow, this looks fabulous!"

That photo shoot launched Doelling into a new career in retirement.

She recently signed with a modeling agency in New York during Fashion Week and will be attending Paris Fashion Week in early October. Doelling is hoping to push the industry to be more inclusive.

"It kind of feels like the time is right for people to be more aware that older women can do this work," Doelling said. "I mean, baby boomers represent a huge population. And we have the buying power of something like $20 trillion."