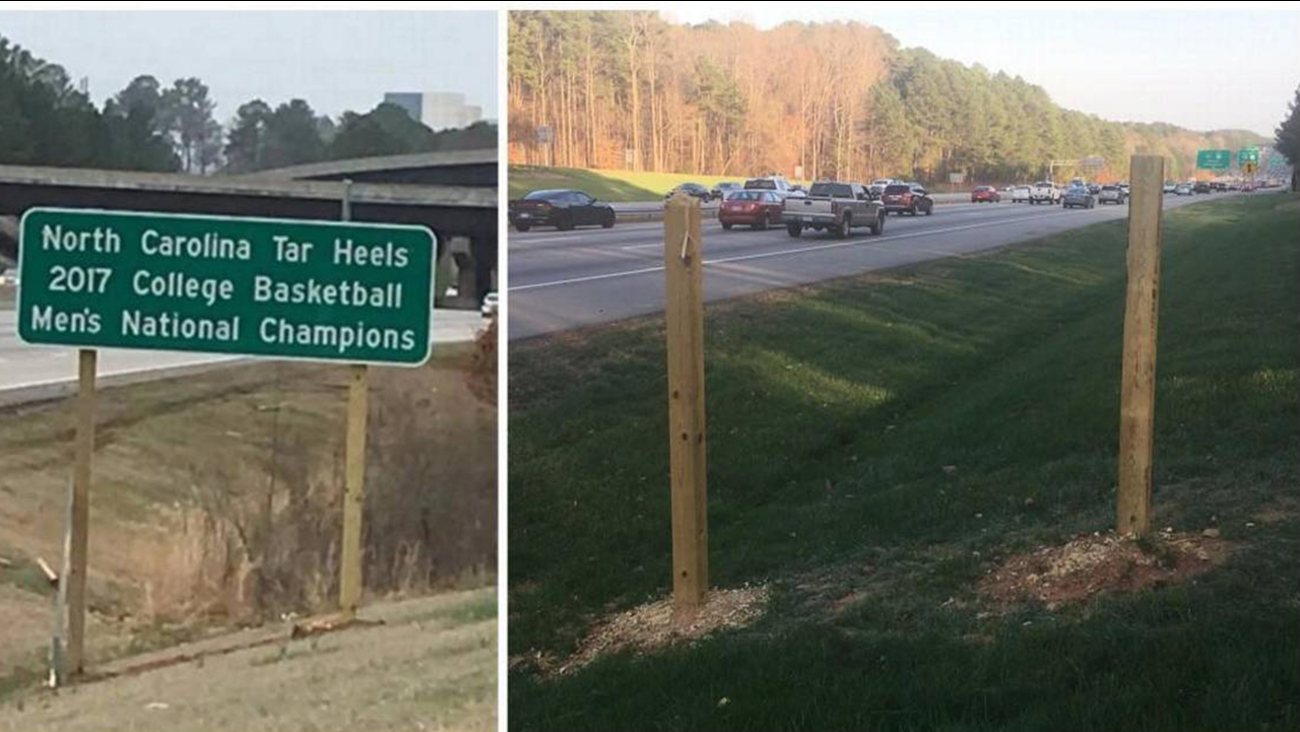 The green sign with white letters was found Thursday in the weeds beside the North Harrison Avenue ramp onto eastbound I-40, less than 100 yards from where the N.C. Department of Transportation had erected it.

In addition to being removed from its wooden posts, the sign had "some spray paint damage," said NCDOT spokesman Steve Abbott.

NCDOT has not decided yet what to do with the sign, Abbott said.

The sign was one of eight that NCDOT put up around the state to mark the 2017 national championship for the Tar Heels.