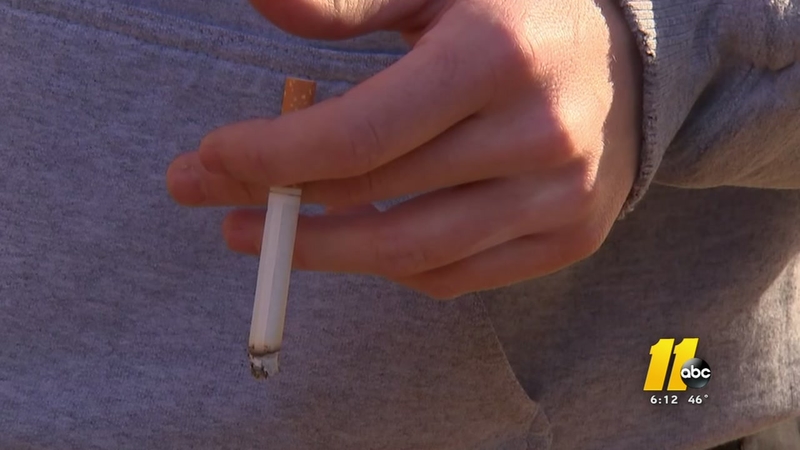 RALEIGH (WTVD) -- The Raleigh City Council has approved a proposal that will ban smoking at two downtown parks.

UPDATE: Council approved the smoking ban. However, right now it does not include e-cigs, and other types of nicotine/tobacco based vaping. Council has the option to revisit and amend ordinance. https://t.co/mOPclkhQY6

Even though the ban was approved, it does not include e-cigarettes, and other types of nicotine and tobacco-based vaping.

The two parks were left out of a 2011 ordinance, which banned smoking from city parks and greenways.

But with the $12 million Moore Square renovation project nearing completion, and a grand reopening date in early 2019, the city wants the parks to be an inviting destination point for tourists and people who live and work downtown.

"I understand it," said Casey Canning, who said she smokes daily in Nash Square on her way to work. "There's a couple schools that come here during the day for their lunch periods. It's not that hard to walk around."

But some said the park should be open to everyone, including smokers.

The city is also studying the idea of making future renovations to Nash Square.