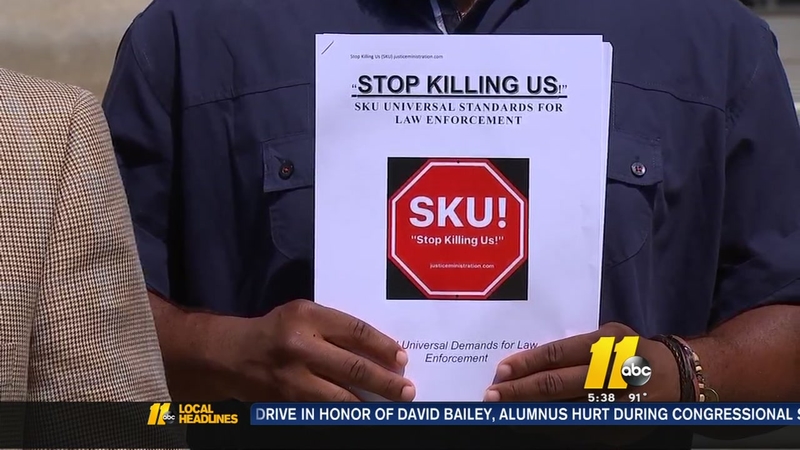 RALEIGH, North Carolina (WTVD) -- A new campaign to stop officer-involved shootings of unarmed people is underway in the Triangle.

The Stop Killing Us campaign announced a national day of action in Raleigh, while also calling for universal standards for law enforcement.

A small group gathered outside the North Carolina Department of Justice and announced several of their demands, which include requiring municipalities to establish citizen review boards and abolishing the use of no-knock searches.

"We can no longer assume each police department knows what to do in this country," said the Rev. Curtis Gatewood. "It's important to have universal standards so whether you're in L.A., in New York, or whether you're in Mayberry."

These activists said they believe people, especially African-Americans, are being brutalized by police. They're encouraging the public to join August 28 for the Day of Action and push for nationwide standards.

"If we are not willing to nip it in the bud wherever it may be, it will get out of hand and it will knock on the doorstep of any American or any other person across this world," said Gatewood.