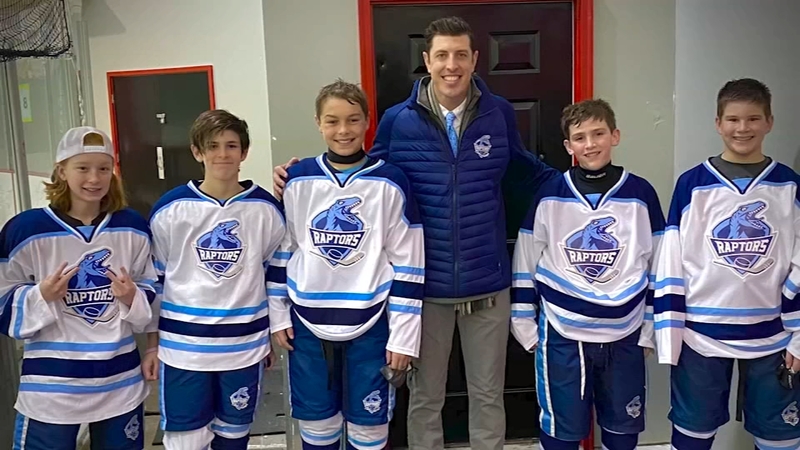 Raleigh youth hockey coach giving back to community who supported him

RALEIGH, N.C. (WTVD) -- In a year that has taken from us all, a Raleigh youth hockey coach is giving back this Christmas to a community that he says took him in during the most challenging season of his life.

"You can imagine Christmas Day was shocking, the realization that you have cancer," Matt Cross said.

Last year at this time, Cross got an email that confirmed the worst -- he had testicular cancer.

"In a way, you are immediately taken out of a driver's seat," he said. "The control of life is kind of grasped from you. I had a pity party for 15/20 minutes and felt sorry for myself and did the whole, 'Why me' and pretty quickly decided there was only one way to move forward with it."

Cross -- a youth hockey coach for the Raleigh Raptors -- next thought about his hockey family; one that he adopted when he moved here almost 10 years ago from Canada.

"I knew that I had a platform as a local coach to show people that there was a way to go through health challenges and chaos in your life in a way that hopefully inspired people and did it in a way with dignity," he said. "I think I was very lucky that for some reason I decided very quickly that I wasn't going to focus on the negative side of what was happening, but I was actually going to look at it as an opportunity in various different ways."

"We had that meeting at the hotel," said Heather Perguidi, whose son plays on the team. "We all hear about his diagnosis and go across the street and play a hockey game. Our kids are on the ice while all of the parents are distracted, not paying attention to children at all because we are like, what are we going to do? We've got to rally around Matt. Within hours we had a long list of people that were willing to donate gift cards, money, food home, driving services, whatever it would take."

Perguidi didn't just donate a gift card -- instead, she offered up her house, asking Matt if he wanted to stay with them while he was recovering.

"I committed to it without even calling my husband because I knew my husband would be on immediately," she said. "We've got the space and we love Matt. We love Matt like family and we have for seven years. To be able to offer that to him felt like the right thing to do."

Cross was galvanized by the efforts.

"When I was presented with this health challenge, I realized that Raleigh and the community had maybe adopted me back," Cross said. "That part just solidifies my love for this city and creates some fuel for me and my desire to give back to that same community that supported me."

After nine weeks of chemo and two surgeries, Matt is in remission. This year, on the anniversary of the day he found out he had testicular cancer, he's launching a foundation to raise awareness about it and support patients, caregivers and survivors in Raleigh.

"When you're sitting there receiving treatment and you're exposed to other patients who have it worse than you do and are basically receiving treatment just to extend life, it changes you," Cross said. " I realized it was my moral obligation to start something that had an impact on cancer patients in my community. At that point, it becomes really easy because it was like I had no choice."

As is often the case, a difficult life challenge opens new doors of opportunity.

Cross' goal is to break the stigma surrounding men's health and encourage men and women to perform self-checks and not wait when you suspect something may be wrong.

For those interested in donating to the Raleigh Testicular Cancer Foundation, you can do so by clicking here.
Report a correction or typo
Related topics:
sportsraleighwake countyhockeygood sportscommunitywake county newscancerraleigh newsfeel good
Copyright © 2021 WTVD-TV. All Rights Reserved.
HOCKEY 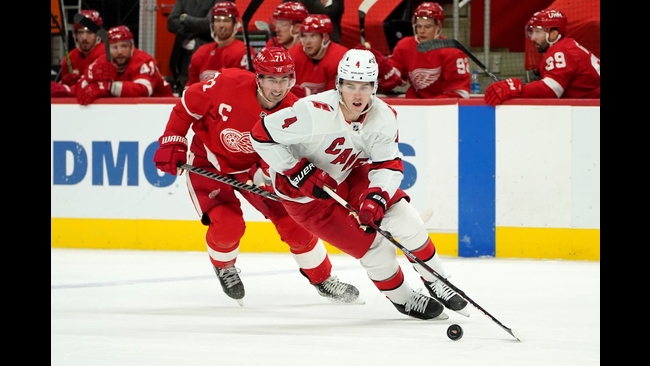