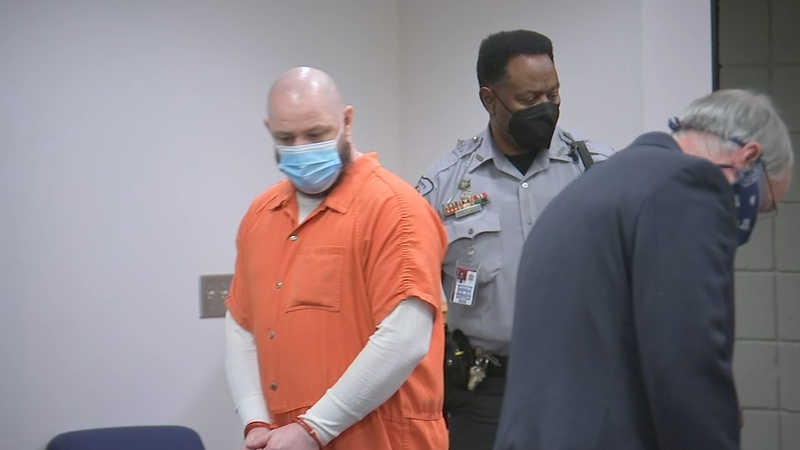 FAYETTEVILLE, N.C. (WTVD) -- Darold Wayne Bowden, who was dubbed the Ramsey Street rapist, pled guilty to 24 charges in a string of rapes committed a decade ago.

Cumberland County District Attorney Billy West called this the start of justice for the victims and their families.

Bowden is accused of committing six rapes from 2006 to 2008 along the Ramsey Street corridor area of Fayetteville.

The six cold case rapes from March of 2006 to January 2008 sparked fear in the Fayetteville community at that time. There was a break in the case in 2018 when authorities linked him to DNA submitted by a family member through a genealogy test kit.

On Friday, he stood before his victims, family and the judge.

Five victims shared emotional accounts of the trauma they've experienced through the years. They have lived with shame, anger and in fear.

"What one of the victims said when they said they went from being a victim today to a survivor. That was powerful," West said. "I'm glad they didn't have to be victimized again going through a long trial and having to be traumatized reliving every moment. To be able to speak today, they are so courageous and an inspiration to many. They are survivors not victims. Very happy to see that come across today."

Investigators connected the 47-year-old to the crimes using genetic genealogy testing. He was arrested in connection to the crimes in 2018.

Investigators said they were able to identify Bowden using the same technology credited with cracking the Golden State Killer case.