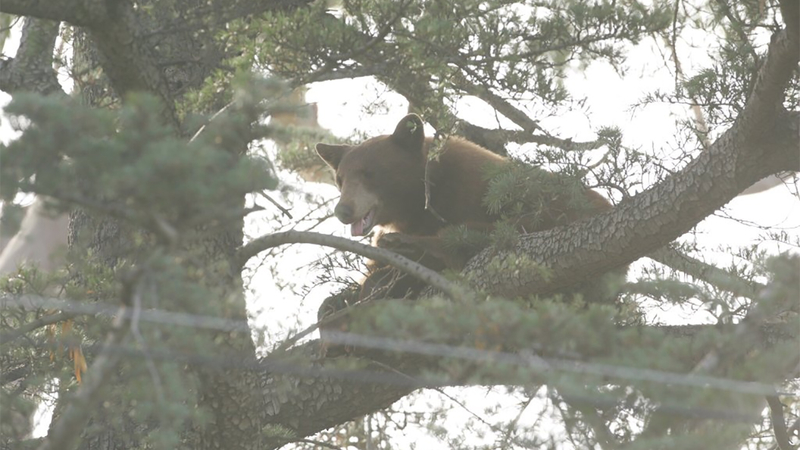 RANCHO CUCAMONGA, Calif. -- Two schools in Rancho Cucamonga, Calif. were placed on modified lockdown Wednesday morning after a black bear was spotted wandering near the area.

The lockdowns were issued at Vineyard Junior High School and Highland Avenue Christian School around 8:15 a.m., the San Bernardino County Sheriff's Department said. The schools are located less than a mile apart.

In an attempt to get the animal away from neighborhoods, traffic and schools, authorities shot pepper balls at the bear, which jumped over a gate and raced down the street.

"It's a heck of a way to start your morning, right? A bear in your neighborhood is something we don't expect, but we're somewhat used to that in this area, living close to the foothills," Alta Loma School District Superintendent James Moore said.


The bear, at times, ambled slowly through streets and then climbed up trees to get away from the people pursuing him.

"From my experience, generally, the black bears are more scared of humans than we're scared of them," said Deputy Jacob Bailey of the Rancho Cucamonga Police Department.

The bear was last spotted sitting in a tree near Hermosa Avenue and Bristol Street, police said.

Wildlife officials tranquilized the bear and removed it from the tree around 11 a.m.