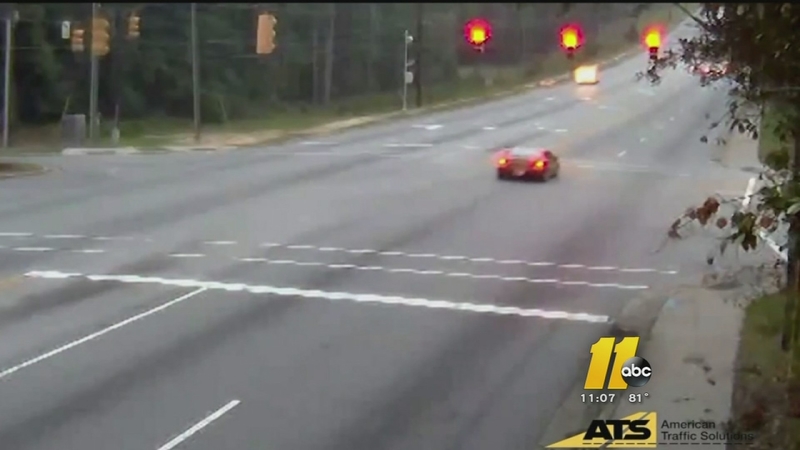 Red light cameras are stationed at three intersections around Fayetteville. The fine for getting caught running a red light is $100. In a two week period since the red light program began, the cameras flashed nearly 800 times. So far, 286 citations have been mailed to violators.

"The message to motorists," said Fayetteville spokesperson Kevin Arata, "Slow down and make sure you are not rushing through a light."

The city just released video from one of the cameras at the intersection of Reilly Road. Motorists are caught trying to squeeze through the intersection before the light changes, while others are shown blasting through red lights with blatant disregard.

"There was a close, almost "T-bone" collision in one of (the videos), when a car came screaming through the light and a car coming the other way when it was green," said Arata. "And that's the kind of thing we are trying to prevent."

Some drivers are in favor of the red light cameras.

"People will be more mindful in running lights knowing someone is always watching them," said motorist Kia Lane.

Others worry the cameras may cause drivers to overreact.

To learn more about the program, how it's financed, and how to pay for and challenge citations, click here.

By early September, city officials hope to have additional cameras set up and operating at five other intersections around town.

An office where drivers can appeal citations will open next week.