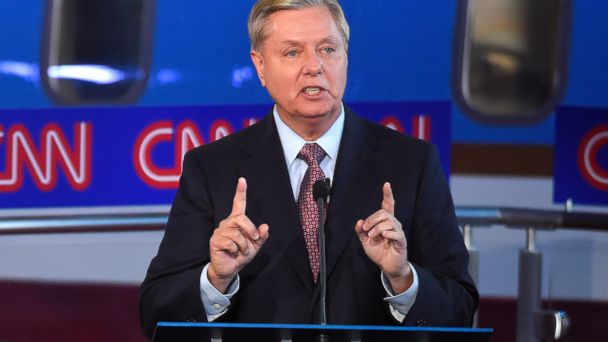 WASHINGTON -- He's picked up such a small level of support in the presidential race, South Carolina Republican Sen. Lindsey Graham didn't even qualify for the undercard debate last month. And now, Graham is ending his campaign, while saying he remains committed to achieving security for the American people.

Graham says that was the "centerpiece" of his campaign -- which he says also brought forward ideas about retiring the nation's debt and fixing the immigration system.

Graham is a foreign-policy hawk who has called President Barack Obama "a small-minded guy in big times."

In an interview with CNN, Graham warned that the election is "for the heart and soul of the Republican Party." He also warned that Donald Trump can't defeat a Democrat like Hillary Clinton "without some major adjustments."

Graham's endorsement will likely be sought by those still in the race ahead of the primary in his home state of South Carolina -- which follows New Hampshire's by less than two weeks in February. But Graham has given no indication of who he would support.