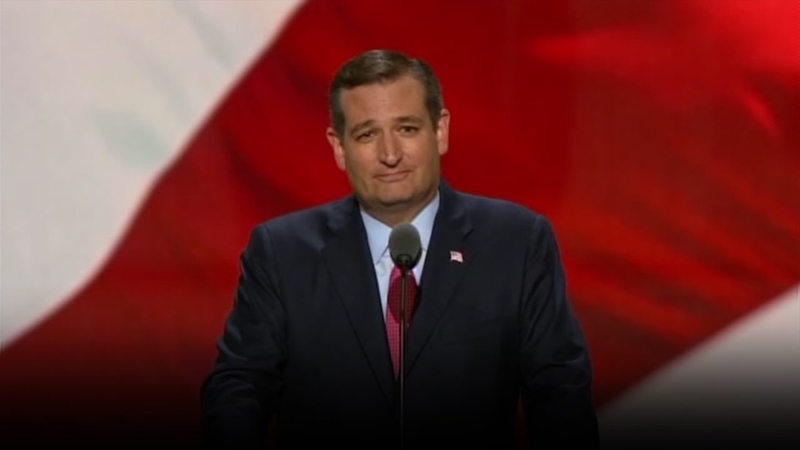 Delegates on the floor began chanting "endorse Trump" after the Texas senator told the crowd to "vote their conscience" in November.

"To those listening, please, don't stay home in November. If you love our country, and love your children as much as I know you do, stand, and speak, and vote your conscience, vote for candidates up and down the ticket who you trust to defend our freedom and to be faithful to the Constitution," Cruz said.

Trump and Cruz were bitter rivals during the primary campaign, with Trump frequently referring to his opponent as "Lyin' Ted" and at one point insinuating that Cruz's wife Heidi was less attractive than his own wife Melania.

Heidi Cruz was escorted out of the convention hall following her husband's speech.

Cruz finished second to Trump in the delegate count.

The crowd continued to boo loudly as Cruz left the stage at the end of his speech. The boos stopped, however, once Trump entered the convention hall and joined members of his family in the VIP section of the convention hall for the night's remaining speeches.