'Cut them a bit of a break,' restaurant owners say on negative reviews during pandemic 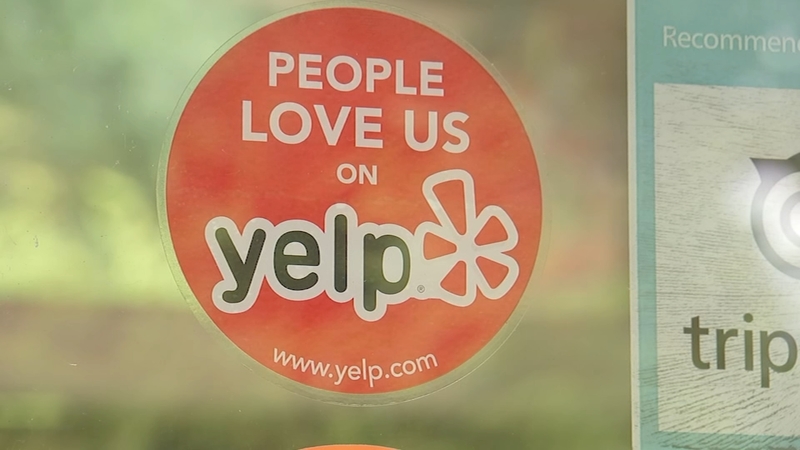 'Cut them a bit of a break.' restaurant owners say of negative reviews

RALEIGH, N.C. (WTVD) -- Shop Local Raleigh posted on Instagram that many business owners are talking about an uptick in negative reviews.

"The whole world is short-staffed. Be kind to those that showed up," the social-media post says. It also asks customers to give restaurant owners a one-star break.

Some restaurant owners say those bad reviews are for pandemic-related issues they can't control, such as staffing shortages.

"One of our big ones is it took so long for food to get to me," said Robert Royster, who owns four Ruckus Pizza, Pasta & Spirits locations in the Triangle. "We've got two guys or three guys in the kitchen and you've got a restaurant full that normally would be a five- or six-guy line getting food out and everyone's working fast as they can to get the food out, but they're writing because it's not how it used to be. I can tell you it's not how it used to be."

Royster said they're short 30 to 40 workers.

"Everything slows down and that's the challenge because the orders don't slow down because restaurants are busy," Royster said. "We're as busy now as we were prior to the pandemic, with 20% less staff and that's a challenge."

David's Dumpling and Noodle Bar on Hillsborough Street in Raleigh said they are fortunate they're near N.C. State and get part-time student applicants.

"We're slowly filling in the gaps," said manager Chilton Sheppard. "It's still hard with the students basically working around their schedules for class."

Even though Labor Day is a busy day for restaurants, Royster decided to close and give employees the day off.
"We're trying really hard and the staff is exhausted and they're tired and we're closed today for a mental health break for all of our staff," Royster said.

He said they're not as short-staffed as they might be but still short about 10 employees.

"The public needs to think about that when they come into a place and be a little more forgiving if it takes a little longer for food or service," Harris said. "I would like to see them appreciate the staff more, make sure they leave a nice tip."

"I would hope that those people would understand and just try to be patient, because especially if they've been paying attention to what's been going on currently," Sheppard said.