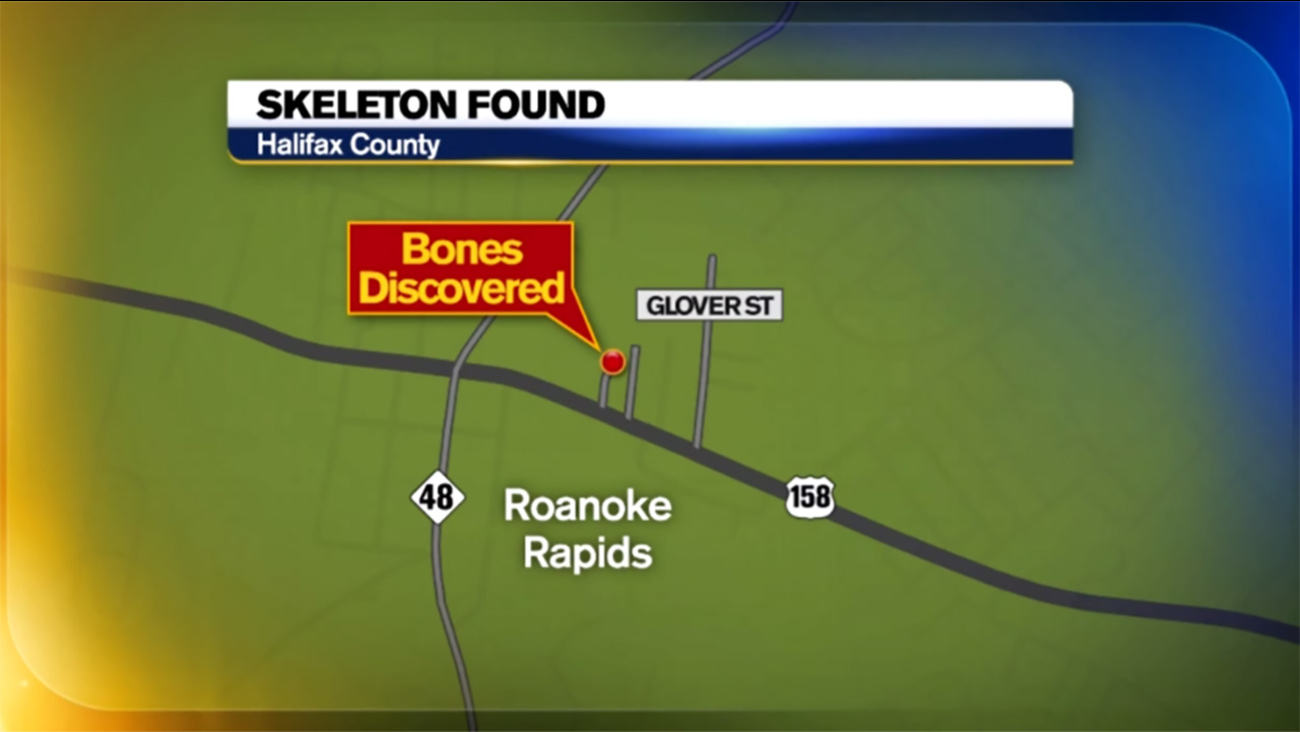 ROANOKE RAPIDS, North Carolina (WTVD) -- UPDATE: The person has been identified as Gary Joe Youngblood, 30, of Roanoke Rapids. Youngblood was reported missing on August 5, 2016, by a family member. He was last seen on July 20, 2016, when he was dropped off from work.

The cause of death is undetermined, but foul play is not suspected. The Medical Examiner's Office is still awaiting further test results to make a further determination of the cause of death.

A public-works employee made a shocking discovery on the job Tuesday - a human skeleton behind an empty business.

The human remains were found shortly before 2 p.m. off US 158 between Carter and Spring streets.

Police say the skeleton had been there for a long time.

Investigators don't yet know whether the person who died is male or female. Some clothing was found near the body, Roanoke Rapids Police Chief Chuck Hasty said.

The medical examiner's office and the East Carolina University School of Anthropology have been called in to help investigate.