Tech takeover: Will a robot put you out of a job? 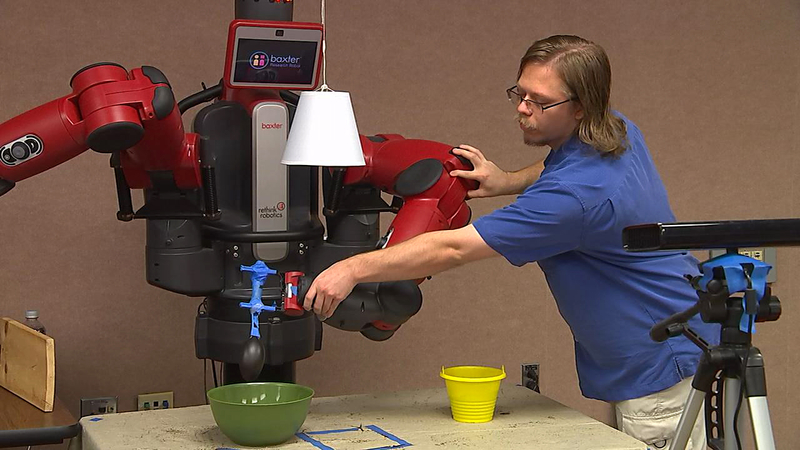 How worried should you be about robots taking your job?

If you haven't spent much time thinking about whether robots are going to put you out of a job, well, you can be excused for that. Not many people do. But consider it for a minute and your next thought may be whether you need to go back to school.

According to recent studies, as many as half the jobs in our current economy could be automated by 2040.

NC State economist Mike Walden ran down the kinds of jobs that could be most in jeopardy in this new automated economy: everything from manufacturing jobs to retail to the restaurant industry.

NC State economist Mike Walden on jobs that could be in jeopardy.

Walden also ran down the kinds of classes, courses, and majors that will put students in the best position to succeed once they graduate: mostly data driven and oriented toward statistics and math.

Still, Walden says there is a place for liberal arts degrees and likely will be for the foreseeable future.

In the new economy, many jobs that have been long-time staples in the economy are likely to change but some refuse to see it coming.

One area that futurists and economists agree will likely see tectonic shifts is transportation but talk to truckers, and you'll find out they don't think their jobs are in danger.

Truckers don't feel robot technology is a serious threat to their industry.

People who are developing cutting-edge technology in robotics and automation say few areas will go untouched. Many predict truck drivers and cab drivers will be among the first replaced. But programmers say there are still a lot of considerations that need to be worked through before driverless automobiles become mainstream.

Students at colleges across the Triangle are working on solutions to myriad automation problems; everything from medical research to the creation of a robotic "assistant."

Professors and students working in automation tend to be bullish on what it will mean for society in general and where economists such as Walden often give dire predictions about what robotics may mean for the workforce, many say just as many jobs will be created as killed by the new trends. And despite grave concerns for the potential economic downside of automation, those working with next generation robots say the best is yet to come.

How robots can learn.