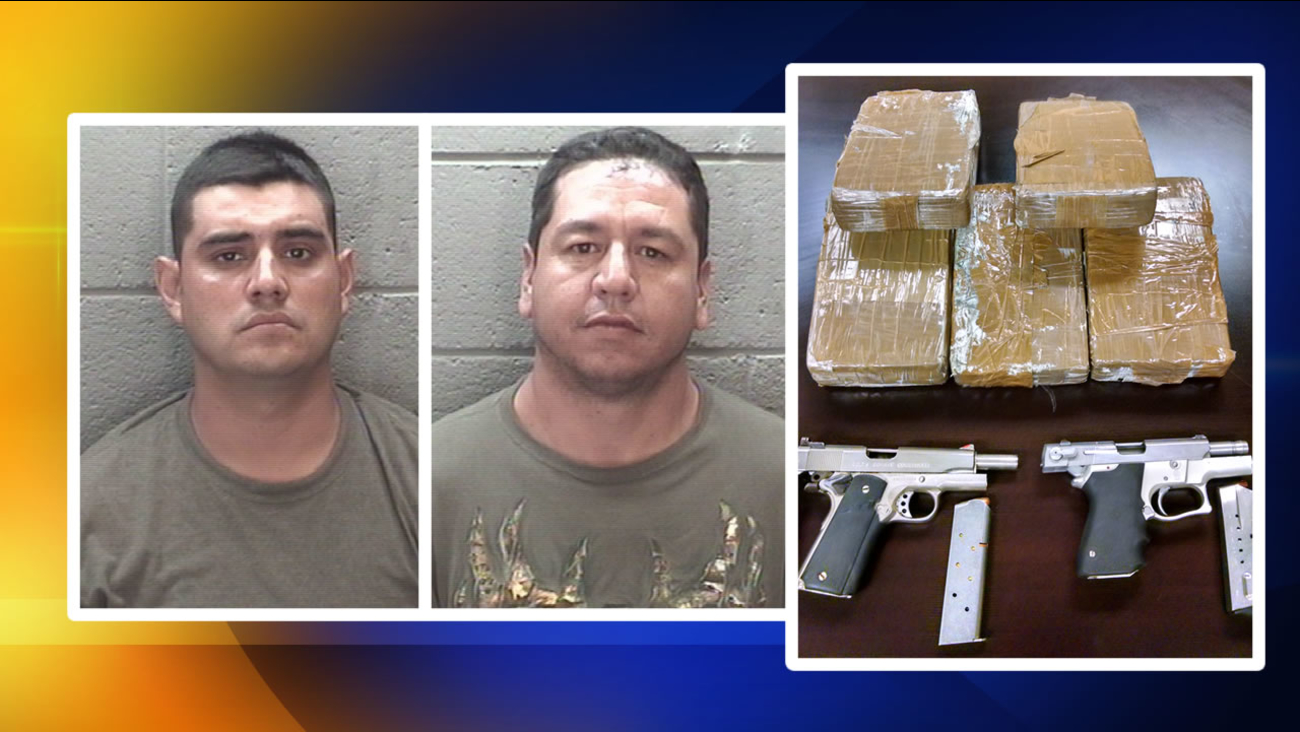 Two men arrested in Rocky Mount - allegedly with a large amount of cocaine and weapons - have yet to be identified.

ROCKY MOUNT, NC (WTVD) -- The Rocky Mount Police Department has two men in jail and 5 kilos of cocaine with an estimated street value of $1 million, but investigators don't know who the men are yet.

The suspects were arrested after a 6-month investigation.

Along with the cocaine, officers seized two handguns, a 2007 Chevrolet Silverado Truck, and over one thousand dollars in cash.

The unidentified men face drug trafficking charges and their immigration status is also being looked into.