Roe v. Wade is apparently to be overturned, according to leaked documents.
ABCNews
By Brad Mielke and Haley Yamada 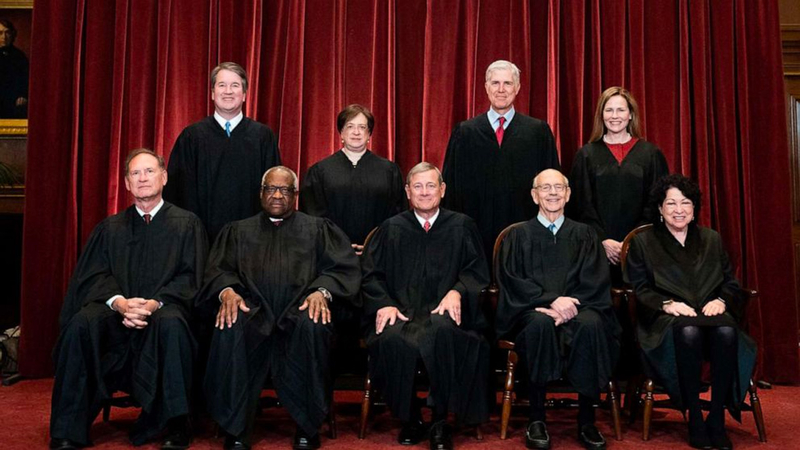 What is happening with Roe? Potential for wider impact explained

WASHINGTON -- A draft of the SCOTUS decision on the Mississippi case that challenges Roe v. Wade was leaked Monday night, first reported by Politico. According to the copy of the draft opinion for the majority, a majority of justices appear to have voted to effectively overturn the 1973 landmark abortion precedent set in Roe v. Wade.

The 98-page opinion leaked by Politico was written by Justice Samuel Alito, one of the most conservative members of the court.

In a statement on Tuesday, the Supreme Court and Chief Justice John Roberts addressed the leaked opinion. The statement confirms that the leaked document is "authentic," but it goes on to say that it "does not represent a decision by the Court of the final position of any member on the issues in the case."

"To the extent this betrayal of the confidences of the Court was intended to undermine the integrity of our operations, it will not succeed. The work of the Court will not be affected in any way," said Roberts in the release.

He also stated that he has launched an official investigation into the source of the leak.

At least 26 states would likely ban or severely restrict abortion if the Supreme Court overturns the 1973 landmark precedent set in Roe v. Wade.

There are multiple theories circulating as to why the document was leaked. According to Shaw, one theory is that whoever leaked the draft may be trying to "lock" in a five-justice majority and the publicity from the leak will deter anyone from "jumping ship."

"The publicity will deter them from doing so because they will be worried about sending a message that they were somehow cowed into changing their votes by the public blowback and or the public encouragement," said Shaw.

Also, some believe that if it's a conservative leak, the approach was used to soften the ground for the ultimate decision. Some conservatives have already pointed out how little attention Texas' SB8 has gotten now that it's been in place for months, ABC News' Devin Dwyer reported. 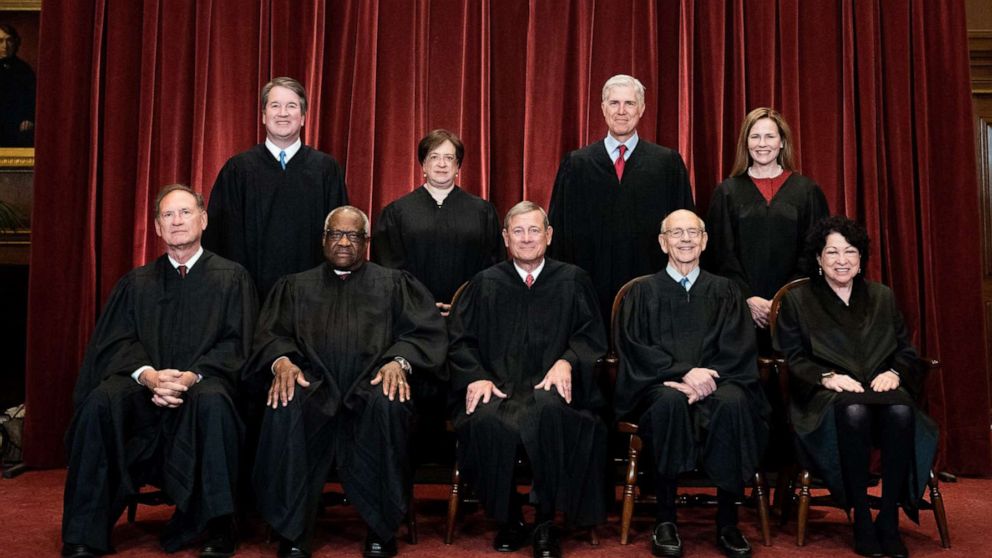 Another theory is that the leak came from the liberal side of the court.

"I think the logic there would be something like the court is about to take a truly extraordinary step of rolling back this right upon which Americans have relied for a half century and an institution," said Shaw. "And thus these long standing norms of secrecy and confidentiality actually don't have to be respected and can be thrown out the window because extraordinary times call for extraordinary measures."

Currently, the leaker has not been identified and the motive remains unknown.

Over the past several months, the Supreme Court has been considering the Mississippi case Dobbs v. Jackson Women's Health after hearing arguments on December 1. The Mississippi law bans abortions after 15 weeks. The case asks the justices directly to reconsider the precedent set by Roe v. Wade and Planned Parenthood v. Casey.

Women are sharing their abortion stories after a leaked Supreme Court draft opinion shows a majority of justices appear to have voted to effectively overturn Roe v. Wade.

A handful of states have already set so-called "trigger laws," which are prohibitions set on abortions that will immediately go into effect if Roe v. Wade is overruled.

"At least half the states in the country will severely curtail or totally outlaw access to abortion," said Shaw. "Basically immediately."

According to an updated report from The Guttmacher Institute, 26 states have these trigger laws, some of which include bans on abortion after six or eight weeks of pregnancy, effectively banning all abortions. Several other states without trigger laws would also be expected to move quickly to prohibit abortions if Roe is overruled.

But, echoing Justice Roberts, Shaw said that nothing is set in stone.