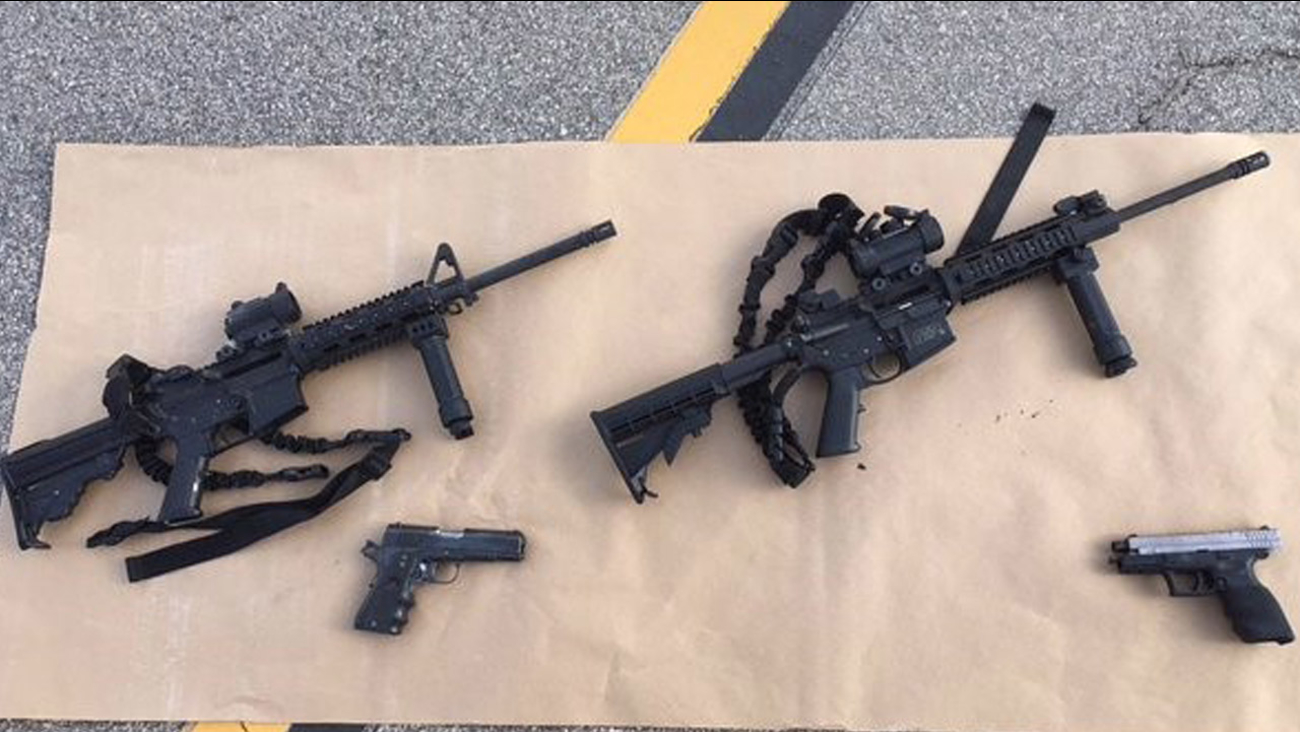 The two "assault-style" rifles and handguns used in the deadly San Bernardino attacks are shown in an image taken on Wednesday, Dec. 2, 2015. (KABC)

RIVERSIDE, Calif. -- An old neighbor of the two San Bernardino shooting suspects is believed to have purchased the "assault-style" rifles used in Wednesday's attack, according to authorities.

Overnight, law enforcement officials raided the Riverside home of Enrique Marquez, who lived next door to an old address of shooter Syed Farook, according to public records. Two of the highly-modified assault weapons had been purchased by a third party suspected to be Marquez.

Farook and his wife Tashfeen Malik used the two rifles, along with two handguns that the couple purchased, to kill 14 people at the Inland Regional Center during a holiday party. The two were later killed in a gunbattle between police a little more than a mile away from the center.

San Bernardino County Sheriff John McMahon told ABC News Saturday that federal officials knew the location of the suspected buyer, but he did not know if the man would be taken into custody. On Friday, FBI Director James Comey said the gun purchaser was "not a suspect, at least at this point."

The FBI also announced Friday that it would be lead agency investigating the massacre as an act of terror.