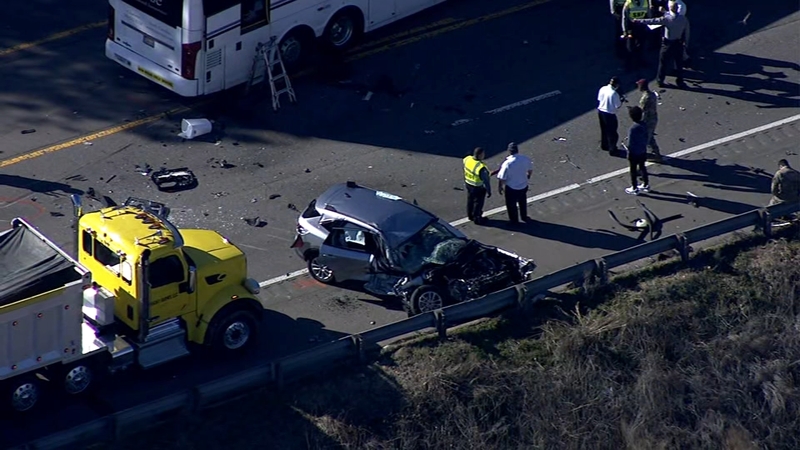 SANFORD, N.C. (WTVD) -- A military bus carrying soldiers was involved in a four-vehicle crash on NC-87 S in Sanford near Pickett Road on Wednesday.

Medical helicopters were called to the scene of the crash, which happened about 1:45 p.m.

The State Highway Patrol said a car traveling south on NC 87 crossed the center line and hit another car and then sideswiped a Walmart tractor-trailer, bouncing off the truck and striking the charter bus carrying the soldiers head-on.

The bus had 36 members of the 82nd Airborne aboard.

The drivers of the two cars involved were both taken to a hospital for treatment of serious injuries, the Highway Patrol said.

No soldiers were hurt. They were on their way for Military Appreciation Night at the Charlotte Hornets' home game Wednesday night. They are still going to the game.

The road was closed for several hours and reopened shortly before 5:30 p.m.