Before Rosa Parks, there was Sarah Keys; now there will be a monument commemorating her in Roanoke Rapids 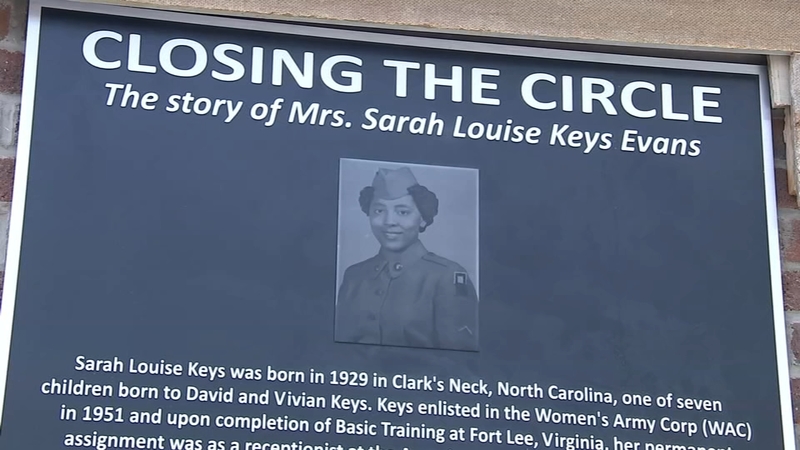 Sarah Keys to be honored in Roanoke Rapids park

ROANOKE RAPIDS, N.C. (WTVD) -- We were all taught the story of Rosa Parks, the mother of The Freedom Movement but a new mural in Roanoke Rapids tells the journey of Sarah Keys Evans.

It was 1952 when Evans boarded a bus for Washington, NC. The soldier was on leave from Fort Dix and was headed to see her parents. It was a long trip, so she took the most comfortable seat she could find and within the parameters of the law up north.

"If you originate your journey in the north whatever seat you took, you could take to your destination. So she knew the law-except they changed drivers when they got to Roanoke Rapids. And she got this rude awakening.

The new bus driver demanded Evans give up her seat to a white Marine. When she refused, she was taken into police custody.

"She was traumatized by the experience as much as she never sat down that whole night. She spent 13 hours pacing the floor," said Dr. McCollum.

Evans would spend even more time, three years to be exact, taking a stand in court against the Interstate Commerce Commission.

"She ultimately won her case. She should've been renowned for her stands. Especially the impact afterward because it opened up interstate travel from the north for Black people especially," said Dr. McCollum.

These days Evans is being honored. Nestled in MLK Park in Roanoke Rapids, a mural made possible through a $50,000 grant takes visitors from the bus to her breakthrough, inspiring others to do the same

"I'm hoping that not only older people, my generation but that the millennials will know and appreciate and know 'I've gotta get active'," said Ophelia Gould-Faison, organizer.