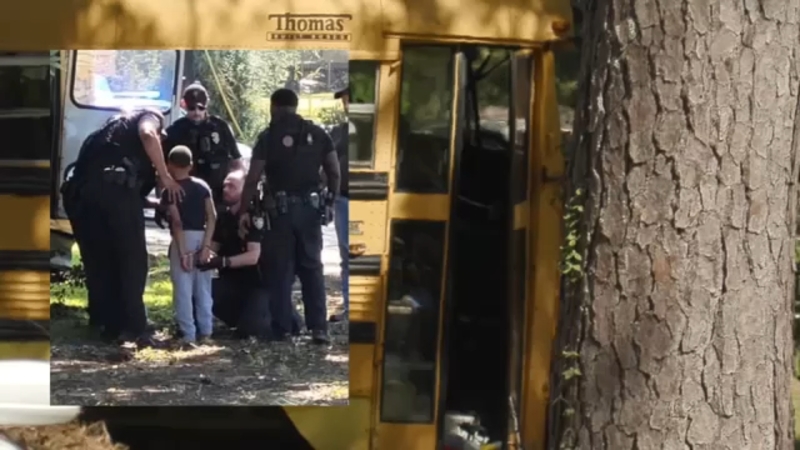 BATON ROUGE -- An 11-year-old on a school bus isn't unusual. But it is when the child is behind the wheel.

The chaotic scene in Baton Rouge was caught on camera.

The video showed dozens of police cars in pursuit of the stolen school bus. The chase lasted 13 miles.

Behind the wheel was an 11-year-old boy.

The employees handcuffed at least four inmates and forced them to stand and listen to the song on repeat for hours.

Police say the boy intentionally tried to hit another driver in his path.

The high-speed pursuit came to an end when the bus slammed into a massive tree in the front yard of a home.

The boy was arrested on four charges including aggravated assault.

Remarkably, no one was hurt.