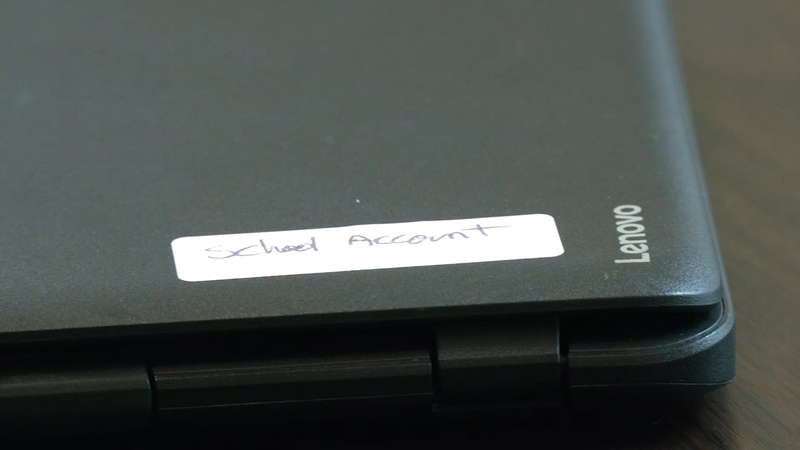 RALEIGH, N.C. (WTVD) -- Laptops and hotspots were vital for students throughout the pandemic. School districts across North Carolina spent millions of dollars to issue devices to families who otherwise would have gone without.

Now more than a year later, the ABC11 I-Team found these devices are not always returned. Despite the investment, a number of laptops and hotspots were broken, missing and a few were found at a pawn shop.

Close to 500 Chromebooks issued by the Wake County Public School System were reported lost or have not been returned. Another 2,500 laptops were not returned and were assigned to students no longer enrolled in the district. These devices represent only around 2% of the 157,000 Chromebooks allocated across the district.

Around 4% of the laptops were tested by the district's Break Fix Team.

Forty-five percent of the Wi-Fi hotspots distributed to Wake County students are lost, broken or unaccounted for.

The I-Team even found two Warren County School District laptops on sale at a Picasso pawn shop in Raleigh.

The Chromebooks--originally valued for close to $300--were marked down to $40.

A spokesperson for the Warren County School District said both laptops were issued to one student who is no longer enrolled at the district.

Bill Dawson, the president and CEO of Picasso Pawn, told the I-Team that his stores do not take school laptops.

"We don't want school systems' laptops, and we do everything that we can to not take them and it's also a training issue on our part and we're revamping our training to make sure that all of our people understand that," Dawson said.

Dawson said generally employees check who laptops are registered to but admitted it can be difficult to figure out if the students were allowed to keep the devices following graduation. All transactions at pawn shops are also put into a system that local police departments have access to. He said he didn't know about the sale of the laptops until ABC11 reached out and is looking into how they wound up on store shelves.

"It's really important that we do the right thing by the communities in which we serve. As an association, as an industry, we're not in the business of doing, marketing other property that doesn't belong to the people that bring it," Dawson said.