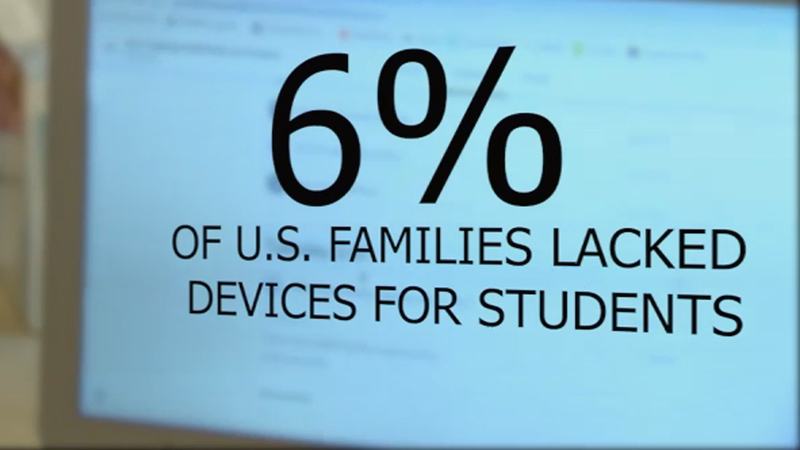 Data collected from the U.S. Census Bureau uncovered access and funding for both devices and internet varied across the country.

Since the COVID-19 pandemic began, the U.S. Census Bureau conducted surveys across the country to understand how the novel coronavirus is impacting Americans. An analysis of the data by the ABC-Owned Television Stations found 6% of families reported their children 'rarely' or 'never' had access to electronic devices.

In the spring, many schools had to scramble to purchase devices and hotspots to fill these gaps, still the data shows a majority of families (70%) reported providing their students with computers and internet (91.8%), rather than relying on schools or another agency to provide the technology.

RELATED: How to detach your kid from the screen as school ramps back up during COVID-19

Do you have questions about sending your child back to school? Let us know.

The data shows schools were more likely to fund devices for students than pay for internet. As many as 61% of North Dakota families reported schools paid for their students' computers.

North Carolina ranked slightly below the U.S. average, with 34.7% of families reporting their device was received through the school.

Laptops and internet access are only as good as the time students spend on them. The Census data showed students reported only spending an average of 4.4 hours on their own leaning a week and only 1.5 hours in a live virtual setting.