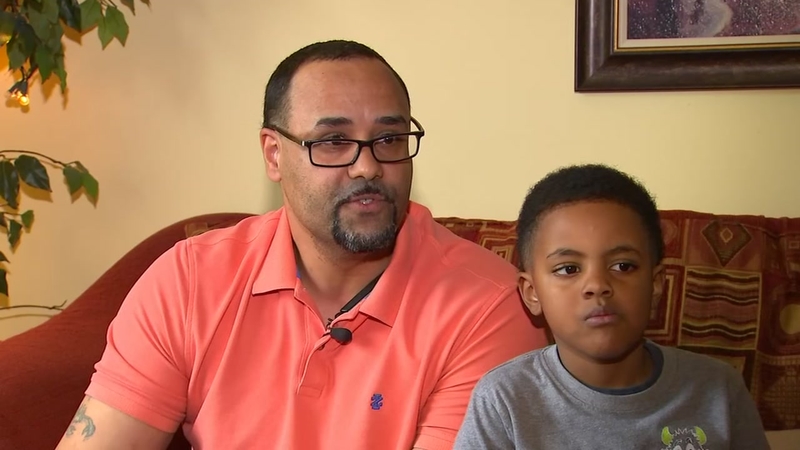 WAKE COUNTY, N.C. (WTVD) -- Rand Road Elementary School parent Billy Byrd picked up his 10-year-old son Nathan from school Friday afternoon when he learned about the day his son had at school.

In a Facebook post, Byrd said a substitute music teacher singled out his son for wearing athletic gear, by going as far as to say the clothing was "prison attire."

"We always dress him with the best attire we can afford," Byrd told ABC11. "For her to say that him having athletic wear or attire on was going to put him in a position to go to prison, that really bothered me the most."

A Rand Road Elem parent says a substitute music teacher told his 10-yr-old son that his athletic clothes were prison attire. The sub also said MLK committed suicide and his assassination was fake. And told students they aren’t Christians if they don’t believe in Trump. #ABC11 pic.twitter.com/9A7HkwsYOw

Byrd told ABC11 that the substitute was supposed to show the music class a video, but had difficulty getting students, including his son, to calm down. So instead, Byrd said, she went on say Dr. Martin Luther King Jr.'s assassination was a "complete fabrication."

My daughter was in that class... she came home absolutely enraged by it. @FFRF

"What book is she reading and obviously it's not the right one, and for her to say this to a classroom full of kids, giving them that misinformed information is just bogus," Byrd said. "We can't afford to have anybody in the school system that is teaching this damaging rhetoric to any kid -- white or black."

Byrd also claimed the substitute gave students an "ultra-conservative" ideology of the Bible.

In addition, she allegedly included President Donald Trump in her rant, Byrd said: "'If you don't go off the theology that you perceive Donald Trump to be as a Christian, that you're some way hell bound or wrong.'"

"When she brought it to that level, I think that's when I as a parent, father, and African-American say listen this is wrong," Byrd added.

A representative with the Wake County Public School System told ABC11 the substitute teacher's status is "frozen" while the matter is being investigated.

If given the chance to say something to the substitute, Byrd told ABC11, "I forgive you. I don't have no hatred towards you. However, I do feel that you should not have the ability to teach any children until you get the necessary help you need going forward."

Byrd and his wife said they are also proud of their son for the maturity and growth he showed following the incident. "He liked the fact that me and my wife..we stood up for him," Byrd said as he fought back tears in his living room.

"He had those necessary tools that he was equipped with prior to that situation taking place. So for him to be able to stand up for truth and to correct that teacher when she made that blatant lie that Dr. King committed suicide...and say 'no that is inaccurate information, that did not happen,' that made me feel good as a father to know that he followed my instruction. For that, I am eternally proud and grateful."