Sephora is opening up mini shops inside Kohl's stores 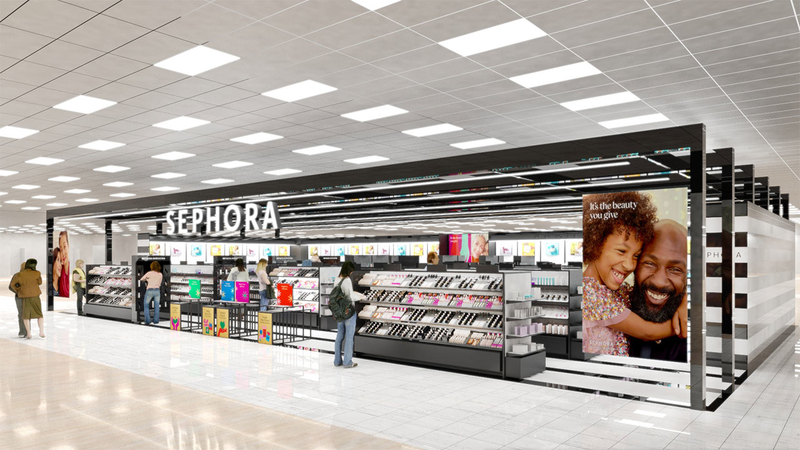 Sephora is opening up mini shops inside Kohl's stores

Sephora is set to open mini shops inside Kohl's stores, with the first 200 locations debuting in fall of 2021. It's part of an effort to reach more customers outside the mall.

The partnership will replace an earlier one that Sephora struck with JCPenney that the cosmetics chain says is slated to end in the next few years.

The deal is also expected to allow Kohl's to offer a broader array of higher-end beauty products to appeal to its younger shoppers. Shares of Kohl's closed up 13% at $36.52 on Tuesday.

"Beauty is an area where Kohl's is currently underdeveloped, so it doesn't capture much spend from shoppers who are already in its stores," said Neil Saunders, retail industry analyst and managing director of GlobalData. "Adding a Sephora automatically resolves this issue, and it also makes Kohl's a more interesting destination, which may help to drive foot traffic."

The nation's largest beauty store chain, Ulta Beauty, has a deal to place shops in more than 100 Target stores by mid-2021.

Kohl's expects to have as many as 850 "Sephora at Kohl's" shops in its stores by 2023, as well as an online shop late next year.

The 2,500 square-foot mini shops will replace current beauty offerings found at Kohl's and will be staffed with Sephora-trained workers.

The deal comes close on the heels of Sephora rival Ulta Beauty making a similar move to open mini cosmetics shops inside of Target stores next year.

Industry watchers say both collaborations are indicative of how cosmetics sellers are trying to increase visibility for a category that has largely been sidelined by consumers amid the pandemic.
Sephora introduced a shop-within-a-shop concept inside of the JCPenney locations in 2006. But Penney has faced significant struggles since then, including filing for bankruptcy.

Sephora and JCPenney said in emails to CNN Business that their partnership would continue until the end of the agreement. A Sephora spokesperson said it was scheduled to wind down in early 2023.

For Penney, losing Sephora could become "another nail in the coffin," Saunders said. "It would weaken the attractiveness and productivity of JCPenney's already struggling stores and would also mean that they'd need to develop their own beauty proposition or lose out on spending in that segment."

A JCPenney spokesperson said in an email that the company is developing a "new, inclusive beauty concept that offers our customers a wide array of product."